In the past couple of weeks, the future of Chelsea Football club has darkened dramatically. After Russia declared war on Ukraine; Western Europe and the US are imposing drastic economic sanctions in an attempt to suffocate and deter the continued attack.

Soon after the war broke out, Roman Abramovich, the owner of Chelsea FC transferred the stewardship and care to the trustees of the club. He then proceeded to announce its sale. Many believe this was in a hasty attempt to cash out this huge asset before the government could intervene. After weeks of pressure for the UK to act more aggressively towards oligarchs and particularly those linked to Vladimir Putin; on Thursday 10th March, it was agreed that all his assets would be frozen which therefore hindered his plans to sell the club.

Chelsea FC has now been left in limbo by these restrictions where player transfers are no longer allowed, merchandise sales or sales of tickets to non-season ticket holders. The club can only operate on day-to-day basis, paying wages to players and staff and they are not allowed to receive any income whilst Abramovich is still owner. In addition, the club has lost brand partnerships with car maker Hyundai and mobile phone firm Three who have demanded to end its shirt sponsorship.

Chelsea has a wage bill in the tens of millions of pounds per month and without income from tv payments and additional ticket sales, how long can the club stay afloat? These lingering risks could have significant implications on the 2022/23 season which the club are most definitely preparing for. In addition, we are aware that several first team players will have nearly run out their contract and these disruptions could make their renewal far more complicated and unsuccessful.

There does appear to be a light at the end of the tunnel with the American Investment firm, Raine expecting a possible sale by the end of the month under the ‘special’ license. London billionaire and property tycoon, Nick Candy has recently emerged as a frontrunner to buy the club. It was reported that he has been gathering a consortium of bidders to place an offer. This news also comes with reports of another 200 prospective buyers such as the part-owner of the LA Dodgers, Todd Boehly.

Abramovich will suffer immensely as it was reportedly agreed that he would not receive any proceeds from an expected £3 billion deal. In addition, he was to have agreed to write off £1.5 billion debt which he is owed by lending to Chelsea over 19 years. Interestingly, Amanda Staveley founder of PCP Capital Partners and Co-owner of Newcastle United exclaimed at The Financial Times’ Business of Football Summit that forcing Abramovich to sell Chelsea FC was not ‘particularly fair’. She believes that “we are always going to have geopolitical issues” and is “really sad today that somebody is going to have a football club taken away because of a relationship they may have with someone.” Though this opinion could be seen as insensitive and unpopular; some could argue that the political actions of the government have put the pride of London at risk and let down millions of CFC supporters and voters. Let’s hope that in the next couple of weeks, Chelsea FC is placed into safe hands of a new owner and the future of the club is secured. 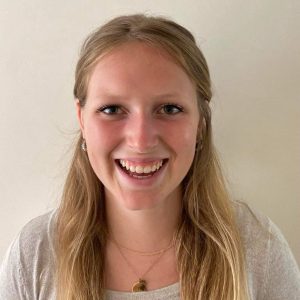