Regulation of substance use is designed to guarantee fair play: a fundamental sporting value. The World Anti-Doping Agency (WADA) bans substances for violating the spirit of sport, providing a performance advantage, or threatening the health of an athlete. But is it really in the spirit of sport, and is it considered fair play, if the same rules do not apply to everyone?

US 100m sprinter Sha’carri Richardson accused the International Olympic Committee (IOC) of racist double standards following their decision to allow Kamila Valieva, the 15-year-old Russian figure skater, to compete at the Winter Olympics after failing doping tests. Richardson was banned from the Summer Olympics in Tokyo for consuming cannabis before the qualifying race. The athlete explained taking the drug in response to the “emotional panic” of discovering her mother’s death days before the Olympic qualifiers.

The sprinter demanded an explanation from the IOC after drawing parallels with the figure skater “My mother died, and I can’t run and was also favoured to place top 3. The only difference I see is I’m a black young lady”. Meanwhile, Valieva was permitted to continue competing in Beijing despite testing positive for trimetazidine (a banned cardiac drug that can improve oxygen transport) for a sample taken in December. Usually prescribed to angina patients, the athlete’s mother has explained that the substance may have entered her system after sharing a cup with her grandfather who takes the medication. The Court of Arbitration for Sport (CAS) claimed banning the athlete would cause irreparable harm and that these were “exceptional circumstances” regarding her age and the timing of the test results.

Richardson criticised the IOC for allowing the Russian athlete to compete with an ongoing case when her test result was announced and decisions to ban her were reached within days. The IOC responded to Richardson’s objection, ignoring racist allegations, “Richardson’s positive doping test was discovered on 19 June, and the result was received before the start of the Olympics. She was suspended for a month. There is nothing in common between these two cases”.

The decision to allow Valieva to compete was controversial on many levels. Not only did it call into question the integrity of anti-doping rules and prejudices within international sporting organisations, but it placed a young athlete through incredible trauma. Whether or not Valieva intentionally took trimetazidine, it appears that the CAS caused irreparable harm rather than avoiding it. Whilst it could be argued that the spirit of sport was compromised, that is not to say doping rules should be scrapped.

The transparency on banned substances is excellent with the Global Drug Reference Online allowing athletes to find out whether any medicinal drugs they take are legal for their sport. Meanwhile the prohibited substance lists are updated each year with a 3-month changeover period to allow time for athletes to adjust their practices. However, the scandal with Valieva highlights the need for tighter regulation of test processing to avoid such long delays for results as well as integrity to enforce anti-doping rules fairly across all athletes and sports. 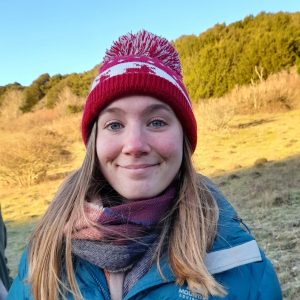