In an essay published in 2017, Vladimir Putin reiterated his vision of Ukrainian and Russian history. He argued that Ukraine and Russia form a single entity, with a shared identity that revolves around similarities in language, religion, and history. But the truth is that Ukraine and Russia have a long and tumultuous past punctuated by invasion, division, repression, and revolution. Beside, Russia always carried out a sense fo great destiny: where imperial Russia’s intellectuals advocated for Eurasianism, communists dreamed of a world wide communism. To understand this relationship between the two countries, it is necessary to look back over the historical record.

Kievan Rus’ was founded in the 9th century. It was mostly populated by Slavs who shared the Eastern Slavic language which later gave birth to Belarussian, Russian and Ukrainian. And the conversion of Vladimir the Great to Christianity in 988 brought the populations closer together in terms of religion. In the 12th century, Kievan Rus’ became the largest empire in Europe. And Rus’ supremacy did not come to an end until the Mongol invasion – kicking off a tumultuous period of Ukrainian history plagued by war and repression.

After the Mongols, Poland and Lithuania asserted their domination over the current territories of Ukraine from the 13th century onwards. But the rise of Tsardom in 16th century Russia kickstarted a series of large territorial conquests that saw Imperial Russia expand towards the Dniepr river – which separates the Eastern and Western regions of Ukraine. And the modern divide between Eastern and Western Ukraine can largely be traced back to this period.

On the Western bank of the river, Ukrainian nationalism began to flourish under the yoke of Polish and Lithuanian rules. The Polish–Lithuanian Commonwealth’s government promoted Catholicism and Polish culture, especially among Ukrainian elites. And without officially rejecting orthodox Christianity, Kiev and a large part of the church began to accept Rome’s authority. Still there is three different Orthodox Church in Ukraine, one of which has recently separated itself from Moscow Patriarchate. – in contrast to the Orthodox Christian unity portrayed in Putin’s paper.

In the 17th century, Bohdan Khmelnytsky became the head of Ukraine’s revolutionary movement, allying with the Russians in rejection of the Polish–Lithuanian Commonwealth. Russia and Khmelnytsky signed the Pereiaslav Agreement in 1654, placing central Ukraine (including Kiev) under Russian control. For Kremlin historians, this treaty serves as proof of Russia’s legitimate control over Ukraine.

But for others, Ukrainian resistance against the Polish–Lithuanian Commonwealth is a key moment in the development of Ukrainian nationalism – an identity Putin continues to reject to this day. He denies any spontaneous and genuine feeling of Ukrainian unity, arguing instead that Ukrainian nationalism was created to serve the interests of foreign nations. Divide to better rule. Putin denies Ukraine’s ability to define its own faith, but many Ukrainians still glorify Bohdan Khmelnytsky for his heroism and military strategy in resisting the Polish–Lithuanian Commonwealth.

In the 18th century, Russian expansionism started to unravel. Under Catherine the Great’s rule (1762-1792) Russia saw its biggest expansion, with its territory mushrooming West to engulf the modern state of Ukraine. After the partition of Poland in 1795, only Lviv and its surroundings remained outside of Russian territory. And contrary to the territories under Austrian rule, which were more comfortable with regionalism, the Ukrainian population suffered from Russia’s harsh politics.

Ukrainian nationalism had something of a resurgence during this time, led by intellectuals and artists. But Russia responded by limiting and eventually banning the Ukrainian language in 1876. Ukrainian farmers became a bulwark against this oppression, keeping their language alive in the countryside. But in 1901, it was the very name of Ukraine that was erased from the record, with the territory being renamed Malorossiia (“Little Russia”). This was followed by a Russification of Ukraine’s population – with Kiev and Crimea becoming popular holiday destinations for the Russian people, and centres of a new cultural and intellectual life. As a result, many Ukrainian and Russian people continue to share family ties to this day. This is reflected into politics: Kroutchev and Brejnev, head of the Communist Party, were both from Ukraine.

But following the October revolution, Ukraine was dragged into the turmoil of the Russian civil war (1917-1921). Even though Ukraine proclaimed its independence, ongoing fighting between White Russians, communists and separatists tore the country apart. And in the aftermath of the war Ukraine suffered its first famine – which saw around 700,000 deaths. Ukrainian separatists were finally overcome in the 1920s, and Ukraine was officially incorporated into the USSR in 1922. For Putin, it was the territorial break-up of the USSR that paved the way for a new wave of Ukrainian nationalism. And his essay laments Soviet leaders’ decision to abandon the USSR’s territories for exactly this reason.

During his time in charge, Lenin largely tolerated Ukraine’s regional revendications. But Stalin’s ascension ushered in a more repressive approach aiming to quell Ukrainian nationalism. The Ukrainian language was again shunned, many Russians were sent to Ukraine, and Stalin’s arguably intention of overexploitation of Ukraine’s agricultural resources created a famine that killed up to five million people – the majority of them Ukrainian. The Holodomor, as this is known, remains deeply rooted in Ukraine’s national memory.

When the Wehrmacht entered Ukraine during the Second World War, some Ukrainians viewed them as liberators – largely as a result of Stalin’s repression. And the Kremlin’s rhetoric about the Nazification of Ukraine stems directly from the memory of the Second World War. It is true, for example, that some Ukrainians collaborated with Nazi forces – although many did also enrol in the Red Army. But the truth is that the Ukrainian population was overwhelmingly organised into resistance groups fighting to free themselves from the dominance of both foreign powers. The war killed over 8 million Ukrainians, leaving entire regions massively depopulated. And in the wake of this suffering, Stalin sought to repopulate these areas – especially the Donbas – with Russians, whilst simultaneously stepping up his repression of the Ukrainian opposition.

For almost all of its history, Ukraine has had to overcome adversity. But Ukrainian nationalism exists as a distinct identity throughout this tumultuous history – despite what Putin and his supporters may claim. And today, Ukraine has again proven the tendency for repression to unite a population. It will not divide them. 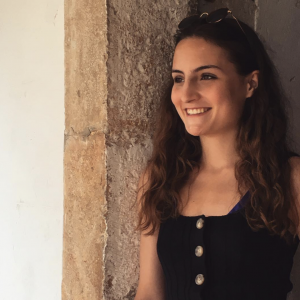