‘Nothing makes a prince so famous as great achievements and setting a fine example’ – Niccolò Machiavelli, 1532.

Machiavelli has quite a sinister reputation these days. We watch TV series like House of Cards and call characters like Frank Underwood ‘Machiavellian’ while politicians that seem slimier than usual are also branded Machiavellian. It’s a shame because his ideas are quite interesting. When it comes to leaders like kings and queens (in his time, they were all referred to as Princes), he thought they should have the capacity to be real bastards but only so that things remained stable. The general takeaway from his most famous book The Prince is ‘do great things with the position you have, be willing to be harsh when you need to be and don’t piss everyone off’. I think we can all agree that, as pointers for leaders go, those aren’t bad ones.

Despite having 500 years to read such a simple warning, one of the few royal families still active today – the British Royal family – has done a tremendous job at breaking old Niccy’s rules. When you look at social media, criticism for the monarchy abounds. Between The Crown reminding people of how poorly treated Princess Diana was; the Duke and Duchess of Sussex causing certain TV presenters to go apoplectic and one prince bringing new vitality to the word ‘nonce’, it’s safe to say things haven’t been going too well of late.

When asked, Tom Hegarty – Secretary of the University Philosophical Society of Trinity College Dublin & Laidlaw Scholar – had a scathing review to give. His general stance was that the ‘history and legacy’ of the British monarchy ‘is completely linked… to the historical suffering of not only the Irish people but nations across the world’. Beyond just being an ‘outdated system’, it becomes a paradox when the UK tries to claim ‘the mantle of a leading force for democracy in the western world’.

It’s hard to look at the constant problems we see in the news as well as the underlying issues at play as a country and simply say that “Well! At least they’re good for tourism”. As Tom also pointed out, it’s not like Versailles has fallen into disrepair in Republican France. Nonetheless, I can’t accept the idea that the monarchy just needs to be scrapped, that it needs to be put into the history books and left there as a relic of a by-gone age.

It’s all well and good saying that the monarchy is outdated but at the end of the day, a lot of Britain’s current problems can be blamed on the politicians we vote in. It’s not like the monarchy is blocking any new attempts to help people – in fact they’ve not refused giving Royal Assent to a bill since 1707. At this point, it’s worth asking what the difference is between something being outdated and something being traditional. Christmas, for example, is a pagan festival made Christian that is practised in a country with few active and dedicated Christians. Surely this means it’s outdated. Yet Christmas is a tradition because it proves itself to be worth having, year in, year out. While it’s a bit wacky having a tree in the house for nearly a month every year, the joy of being with family and sharing gifts at a time when the weather is miserable means the tradition of Christmas is worth keeping around. The monarchy, on the other hand, have struggled to prove their relevance despite recent trips to Jamaica and some appearances from the country’s favourite Grandma.

This is where I’ll bring my point back to Machiavelli. He may be known for The Prince but he actually wrote another book called Discourses on Livy. It’s interesting because that’s where his more thought-out views shine through. Chief among them is the idea that conflict isn’t just normal in politics, it’s healthy – we shouldn’t keep trying to unite or find consensus at every turning point. Instead, we need to create a system where disagreement can be stabilised; where the conflicting interests of leaders, the elites and the common people can be battled out without actual battle. Traditionally, there are three main types of governments: Monarchies (where the power is with one person), Oligarchies (where the power is with a select few) and Democracies (where the power is spread out among many). For Machiavelli, there was a simple solution to the problem of who should have power: have all three.

Without knowing it, Machiavelli was describing what would later be the British political system. In our system, we have a House of Commons, so that the day-to-day issues faced by normal people wouldn’t be ignored, a House of Lords, so that the elites could use their privilege without needing to corrupt a democracy *cough* America *cough*, and a Monarch as Head of State so that there was someone in power who could think of policy in terms of decades, not just until the next election.

With this in mind, the monarchy needs to prove its continued relevance. When the Queen sadly dies, there will be renewed calls to scrap the Royals but I think having a Head of State who will be around for longer than 5 years is an asset in this era of authoritarian leaders that few other democracies have. I also wouldn’t mind seeing them get more involved in domestic politics – with Boris’ ego in the state that it is, perhaps it’s about time we had our monarch remind him that he’s a servant. These arguments do little to discount what Tom said but if we Brits are going to redeem ourselves for the ‘historical suffering’ we’ve inflicted then we’re better served doing that with the Royals than without them. 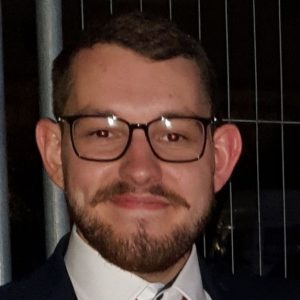