On the 1st of April 2022, Harry Styles released his newest and long-awaited single, As It Was, which will be featured on his upcoming album Harry’s House, set to be released on the 20th of May. The new single, distinct in sound when compared to Styles’ previous singles, is reminiscent of 80s synth, and the new sound has been well received by his many devoted fans and casual listeners alike. It currently sits at the top of Spotify’s UK and global top 50 charts.

His new sound is refreshing, and alongside the cheerful, easy to listen to instrumentals of the track, Styles offers a new side of himself within the lyrics — many of which are deeply personal. The promotional media released alongside the single, and for Harry’s House as a whole, reflects this stripped back, new take on Styles’ solo career.

Throughout both of his previous solo albums, Styles has gradually explored this personal perspective in his music on a deeper level. His debut solo album, Harry Styles, released in 2017, had a largely stripped-back and acoustic feel. This album was followed by the release of Fine Line in 2019, which felt much more experimental, and arguably showed Styles’ personality in full — accompanied by his recognisable colourful and eccentric promotional material. This was well received by fans, who felt that Styles was becoming increasingly comfortable with showing his personality through his music, and he began to create an image of himself as a solo artist which was a far cry from his One Direction days.

In this new Harry’s House era, it feels as though Styles has found a perfect balance. His personality and unconventionality is highly expressed in the media he has created, however the lyrics still give the music a highly personal, serious, and stripped-back feel. Both the trailers for the upcoming album, and the music video for As It Was itself, feature many close-up shots of Styles staring directly into the camera, and their artistic composition supports the feeling that we are seeing a new, more personal side of Harry. The music and media Styles creates feels as if it is maturing along with himself, and there is no doubt that he will continue growing and establishing himself as a solo artist.

Harry’s House will be released by Columbia Records on the 20th of May, and As It Was is available now from all major streaming platforms. 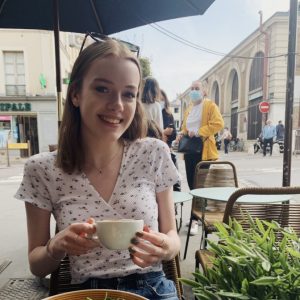