The Problem with Kanye West: What About Women?

This is not a piece to describe and inform you about the latest drama surrounding one of the most famous Hollywood couples. Instead, it is a commentary on the outrageous behaviour of a man, which is being accepted and used as entertainment by our society. The observations of a young woman through the eyes of the media.

I was initially tempted to not talk about this story, to not give attention to this “man” who has repeatedly shown no respect towards his former wife, his family and, more generally, women. However, at the same time, I believe it is crucial to us that we learn from and keep talking about this type of manipulative and toxic behaviour which is accepted by our society solely because it is a male who is acting this way.

For everyone who is not up to date with the latest news, Kim Kardashian, American media personality, socialite and businesswoman, and Kanye West, worldwide known rapper, record producer and fashion designer, have just recently divorced after nearly seven years and four children together. This goes all the way back to February 2021, when the couple officially declared they were splitting up and filing for divorce. This was then seen in October of the same year as the last season of Keeping Up With The Kardashians premiered on E!, an American cable channel, confirming the rumours and giving more insights into Kim’s struggles regarding their relationship. The same month, the worldwide famous woman was rumoured to be dating SNL comedian Pete Davidson.

In the past few months, the Internet has been entertained by the numerous posts and comments of famous rapper Kanye West, who seems to not be able to keep this a private matter, as already openly asked from the former wife. He called out different celebrities, including Kid Cudi and Billie Eilish, just to name a few. Yet, he seems to keep particularly at heart his ex-wife’s new relationship. Kanye repeatedly posts and deletes pictures through his Instagram profile. In these posts, he accuses various people, talks to the world about his family matters and, ultimately, apologises for everything he has done and for causing hurt. Still, he does not seem to learn or believe his own apologies, as the next days he goes on to repeat the same insensitive and inappropriate actions.

The latest video going around all over the Internet, causing everyone to speculate about the subject, sees the rapper talking about some texts Pete sent him. The texts were released to the public through social media from a friend of the comedian, Dave Sirus, who has posted things on Davidson’s behalf before. In this video, Kanye confirms the texts, tries to present Kim in a bad light, judges her parenting and relationship decisions. As well as this he states that his children are being kept from him. This is not the first time the musician makes these kinds of accusations towards his family. Thus, leaving the rest of us incredulous by his behaviour.

Would the world still justify their actions saying they struggle with mental health, if it was a woman in his position? I think not. She would more likely be considered crazy, irrational and obsessed with her partner.

Unfortunately, this is not something new in today’s society, but just another example, from which I hope the world learns from. With Kanye and Kim being public figures, this helps shine light on this matter once again. This is abusive, toxic, manipulative, and narcissistic behaviour, justified by the struggles of mental health and accepted by our society merely because he is a man. He has every right to speak his “truth”, but what would be the Internet’s response if it was a woman acting this way? Would everyone still support Kim if she was the one saying or doing all this? Surely not.

On top of this, I want to point out that Kanye’s struggles with mental health are not at all considered invalid. Yet, we let him justify his hurtful actions by the same mental issues. A common assumption is that a partner’s abuse is because of their mental health.  While there are very serious mental illnesses and conditions, they are not to be considered the cause of the abuse. Would the world still justify their actions saying they struggle with mental health, if it was a woman in his position? I think not. She would more likely be considered crazy, irrational and obsessed with her partner. All of this just because she is the woman.

The one we have seen so far in the media is the threatening behaviour of someone who is most probably hurt. However, my main concern is directed towards women. Kim, with her resources and her wealth, still must go through something like this. Now, imagine what it’s like for other women who don’t have access to those resources. What about the rest, what about the thousands of women who do not have the same support of millions online, of family, of friends or even the financial assistance needed? Who is thinking about all the women who have already been through something similar? These toxic relationships are sadly common, and this attitude is triggering for those who have already gone through this. It is important to recognise that there should be a label.

This leads me to ask another, last, crucial question: why does it seem like social media is doing absolutely nothing about it? The Internet has become a fool for giving him, and many others, a platform where to keep posting these offences. But even worse is the public, for feeding the matter. How is that some of the comments made so far are not considered outrageous and offensive? Kanye’s behaviour is escalating with all this consideration because it is what he wants.

Once again, we find ourselves talking about this victim-like, toxic and abusive attitude because of him being a public figure. Still, don’t forget that this is just an instance of what thousands, if not millions, of other women and men go through. Don’t forget that they both are real people and there’s surely much more behind the snippet of their lives that we get to see. 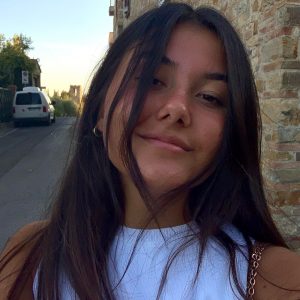 What Are The Top Resources to Help Support Ukraine Now?