The 2021 season of Formula 1 was arguably the most exciting one yet. With a nail-biting title rivalry between Hamilton and Verstappen, Ricciardo’s wholesome win, Toto Wolff’s unparalleled anger, unexpected podiums and even more unexpected heartbreaks, it’s safe to say that Formula 1 gave the makers of Drive to Survive more than enough content to capitalise on. Here are some of the 2021’s best moments that we cannot wait to see unfold on Netflix:

The title fight between these two drivers, one wanting to win a record-breaking 8th world championship title and the other desperate to clinch his first, was a fight that overcast the entire season. Every single race came down to, “Who’s in the lead, Max or Lewis?”, and the answer was different for every single race. Some of their most intense rivalries played out in:

The entire season was a massive race between Red Bull and Mercedes for the championship. It kept us at the edge of our seats and gave us endless memes. We won’t be surprised if Drive to Survive has a few episodes just on this.

With Daniel Ricciardo donning the papaya outfit for the first time, watching him and Lando Norris racing for McLaren was incredible. While Lando was consistently winning points in the races, Daniel was struggling in his car, and we know Drive to Survive will go deep into that adding their usual drama and exaggeration to it (not that we’re complaining). However, Monza will go down in history as McLaren’s greatest victory because not only did Danny Ric win and of course do his classic “shooey” (which in the pandemic is commendable), but also Norris came second, making McLaren the only team to clinch a 1-2 podium this season. Seeing Lando and Daniel’s relationship play out, whether it was Daniel’s slow start to the season or Lando’s heartbreaking loss in the Russian GP, is something all Formula 1 fans are eager to see unfold on-screen. That and Daniel’s incredibly, charmingly cheeky personality

Ferrari is always the most talked-about team every year. It’s the legacy, the nostalgia, the technology, their vibrant red and of course, the drivers. The 2021 season saw Carlos Sainz join Ferrari alongside Charles Leclerc, two of the most skilled drivers on the grid. Just like every past season, Sainz was on the podium because a driver got disqualified and Leclerc did not finish his home race in Monaco. While neither was able to clinch a win this season, they were in a constant battle with each other for points. Their overwhelming need to win coupled with their underwhelming Ferrari car made for a very interesting season for Ferrari. It will be interesting to see more on their relationship and the overall Ferrari strategy for the 2021 season.

The underdogs of the 2021 season were undoubtedly Alpine with Esteban Ocon and Fernando Alonso. We can’t wait for Drive to Survive to delve deep into Ocon’s first-ever GP win in Hungary, Alonso’s first podium in 7 years and Alpine’s overall El-Plan. The team was stronger than ever and it could be seen in how confident the drivers were in their cars, whether they were attacking or defending (especially against Hamilton). Their story will be a feel-good one and will give us a break from all the catfights and eye-rolls that F1 is home to.

Buzz Behind the Scenes

By now we all know that what happens on track is just the tip of the iceberg in F1. It’s what happens off-track that makes this industry so addictingly good. We can’t wait for Drive to Survive to expose Toto Wolff and Christian Horner ratting each other out to the camera, driver contracts being renewed (Go Checo!) and terminated (RIP Antonio), Will Buxton’s extra saucy opinions and Guenther Steiner hating on his own HAAS car. However, the one BTS bit that everyone wants to know about is Mercedes’ decision to replace Valteri Bottas with George Russel, who many saw coming and many were blown away by.

This season of Drive to Survive will be the sauciest one yet. It released Friday, the 11th March, and it is nothing short of an absolute thriller (and of course, a gold mine of memes). 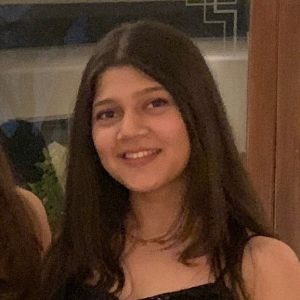