Every year, 28,000 women in the UK die from a heart attack. Meanwhile, a new report has found that ‘unconscious bias and system inequalities’ towards women in the NHS often lead to serious misdiagnosis of heart attacks amongst female patients. In the case of a heart attack, a speedy response is crucial in preventing irreversible heart muscle damage. But the delay in diagnosing symptoms in women significantly affects the speed and accuracy of primary care. For example, 49% of NSTEMI heart attacks in women, which are among the most frequent kinds of heart attacks, are initially misdiagnosed by primary carers and this gender inequity has led to an endemic of heart disease in women.

It seems strange that in contemporary medicine there is such discrimination against women, putting them at a disadvantage for treatment of a life-threatening disease, but this discrimination is often the result of cultural beliefs that contribute to misdiagnosis. There is a societal perception of heart attacks being a ‘male disease’, for example, conjugating images of a diabetic, overweight middle-aged man and some studies even suggest that the increased responsibilities women have in the home lead them to delay in visiting a doctor.

Equally important however, is the fact that much research around heart attacks has focused on male symptoms, meaning that female symptoms are understudied and often misunderstood. This is a problem as a female’s experience of a heart attack is often different to that of a man because of physiological differences – the average woman’s heart, for example, is two-thirds the size of a man’s. As such, women display a wider range of symptoms than men and often report less chest pain and more dizziness, sweating and nausea. A general lack of awareness of this fact means that heart attacks in women are regularly misdiagnosed, often as mental health conditions such as anxiety or panic attacks, or even indigestion. And with medical experts focused on male symptoms – such as chest pain, shortness of breath, and jaw pain – healthcare professionals rarely suspect a heart attack upon their initial evaluation.

This is especially worrying given the increased danger of a heart attack posed to women once they reach menopause. At this point, a decrease in oestrogen levels, blood pressure, and an increased risk of diabetes all heighten a woman’s chance of suffering from a heart problem. Combined with the fact that women are also more vulnerable to risk factors such as nicotine – which is metabolised faster in the female body – the disparity in diagnosis is a serious cause for concern.

The absence of research is not the only reason for misdiagnosis, however. A troponin test, for example, is frequently used to diagnose heart failure by detecting proteins that signal heart muscle damage – with increased troponin in the bloodstream being indicative of a heart attack. But women generally have lower levels of this protein circulating under normal circumstances, and the current test is not sensitive enough to detect an increase when a woman is suffering from a heart muscle injury. Equally concerning is the European Society of Cardiology’s observation that ECG’s often do not provide a definitive diagnosis in suspected cases of heart attacks in women.

The British Heart Foundation have recently sponsored a more sensitive troponin test in an attempt to decrease excess mortality. But the terrifying truth is that, as a woman, a heart attack can easily be mistaken for anxiety. This fact has driven organisations such as the Women’s Heart Alliance to encourage an increased focus on women’s heart attack symptoms through education of both physicians and the general public. This is an important step and gender equity in research into women’s cardiovascular diseases, alongside dissolution of the stereotypical patient in the public sphere, will be crucial in successfully diagnosing and treating female heart attack patients. 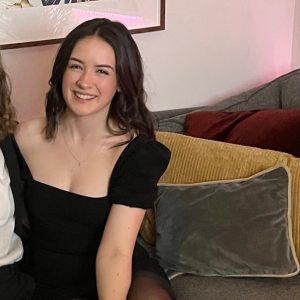 The Elderly Matter Too: Lessons from Japan