The circular problem of private education: how to fix a broken system

Educational wealth disparity has been an important social issue in Britain since before the school system even existed. Whereas fortunate children had access to private governors or governesses, for example, those less wealthy once spent their time working in harsh factories to support their households. Fortunately, much has changed since the eighteenth century but many of the same structures still exist and continue to provide the wealthy with greater opportunities for both themselves and their children.

This process means that many of those with the power to change the system often don’t see the need, nor do they generally recognise the best way to do so. See, for example, the cuts to free school meals over the 2020 school holidays.

A November 2021 report by the Sutton Trust found that 46% of university graduates from private schools received wages within the top 20% by the time they were 30 years old. This number falls to just 22% amongst university graduates who were eligible for Free School Meals. These top earners also tend to be those having the biggest impact on British politics, often boasting influential positions as celebrity personalities, business owners, or policymakers. But if so many of the people in power are from a privileged and protected background, how can they understand the issues faced by those who are so different from them? This is the question that plagues much of British politics, and has quite possibly limited the amount of fiscal change within our society when it comes to class differences and wealth distribution.

In 2015, ITV broadcast an insightful documentary looking to examine why privately educated graduates dominate key positions in the UK’s capitalist power structure, despite making up just 7% of pupils. In an attempt to see how differently students from different backgrounds live, the documentary followed the headteachers and three pupils from the independent Warminster School in Wiltshire and the state-run Bemrose School in Derby.

I reached out to The Bemrose School’s current head teacher to see what has changed since the documentary. The answer? Not much. The two schools are no longer affiliated with each other, although Bemrose has certainly managed to expand its educational opportunities for its students. It has now incorporated a primary school into its structure and was judged ‘Good’ by Ofsted with outstanding English provision – this is particularly notable since Jo Ward (the headteacher who featured in the documentary) identified a high turnover of English as a second language students as being one of the key challenges faced by Bemrose.

The difference between state and private is more than the school. It is rooted in context and opportunity that divides social mobility and informs the ease or difficulty of the route through life.

So how do we improve social mobility to make life fairer for all? Some believe the answer is to dismantle the current power structures and start afresh. But no system is easily uprooted from its history. Instead, we should look at how wealth can be more equally distributed so that education is not impacted by whether or not your parents can afford a £27,000 tuition fee every year. If all children have access to the same facilities and opportunities, regardless of their social status, we will have a more level playing field that ensures less fortunate children will have the same opportunities as their wealthier peers.

But this change will not happen overnight. Teachers and researchers alike have identified a number of key differences between the two systems, and several ways schools like Warminster and Bemrose can improve opportunities together. But in the years since ITV’s revealing documentary, there has been very little change in the education system. If the UK is going to pave the way for a fairer society, perhaps we need more ambition to dismantle the power structures that currently dominate and damage our education system. 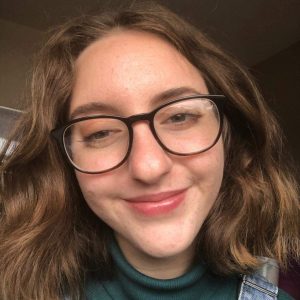