With the sun streaming down on a crisp winter’s morning on the Avon, the new race season was well and truly underway. On December the 4th, CrewBath competed at the University of Bristol Head Race – one of the most contested winter season races before the Christmas break.

This event was eagerly anticipated by all after being cancelled last year due to COVID-19 and CrewBath had more than 100 athletes representing the club consisting of novices, seniors, and alumni crews with one of the biggest club presences at the event. Furthermore, CrewBath sent a top alumni women’s 8 for the second time in history!

Unlike a lot of sports, rowing doesn’t have weekly fixtures on a Wednesday afternoon but instead focuses on fewer but more important races throughout the calendar from September to July. It is likely that the term ‘head race’ may be unfamiliar to most, but put simply, in this form of racing, rowers race against the clock where the crew or rower completing the course in the shortest time in their category is deemed the winner. They are often long distances (between 3 and 7km) and must be paced correctly to avoid fatigue and ‘blowing’ as some rowers like to call it.

The championship 8s category is considered the blue riband event at most races and with top rivals Bristol and Oxford Brookes mens and women’s crews also competing for the title, the competition was fierce.

Through a valiant effort from both mens and women’s first VIII crews, both achieved third place in their category, both biting at the heels of Brookes and Bristol who will need to watch their backs ahead of BUCs in February. While a bronze is a respectable feat, both mens first coxless quad and women’s double took the win in their respective championship categories! With plenty of top tier racing experience between all the crews, the internal competition between athletes for boat seats will surely begin to heat up. These boat classes are likely to be looking to be sent to Henley Royal Regatta in July, where Bath has a historical prestige and aims to continue this legacy in the future.

Aside from senior rowing, our novice squad sent four 8’s out onto the Avon for their first ever race in a boat – and it couldn’t have gone any better! The men’s first VIII grabbed a win by over 10 seconds, unrivalled against the likes of Birmingham, Bristol, Swansea and Cardiff, and we can’t wait to see their successes unfold throughout the season. There were smiles all round and no broken boats!

We are incredibly proud of our athletes who always dedicate so much to the club and the sport of rowing, and we can’t wait to see the club grow and succeed moving into 2022. 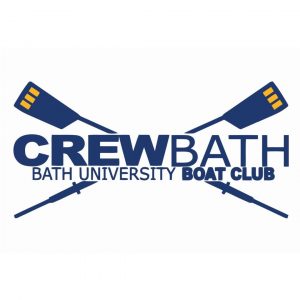