TW: This article discusses issues of transphobia, homophobia and reports of sexual assault.

When this article was first commissioned by the Bath Time, the focus was on the controversy surrounding the publishing of an article entitled ‘We’re being pressured into sex by some trans women‘. An extremely controversial article, LGBTQ+ people and allies were quick to criticise it on social media. Drag star Bimini Bon Boulash called it ‘unacceptable’ that ‘a moral panic’ is being created ‘around an already incredibly vulnerable part of my community.’ These sentiments are shared by many with nearly 5,000 people writing in to complain.

A few weeks on and the aftermath of this article is still unfolding with ex-BBC journalist Ben Hunte reporting for Vice news that LGBQT+ employees working for the BBC are leaving with a senior member of staff for calling the organisation “a hostile place to be LGBT at the moment” with another staffer stating “My advice to current LGBTQ BBC employees is that you should go as soon as you can afford to.” These are alarming comments about the state broadcaster with many rightfully asking what is happening in the BBC.

This is worsened by the inclusion of comments by pornographic actress Lily Cade who the BBC originally included in their article but have since removed these due to Cade making remarks about ‘lynching’ and ‘executing’ transgender people. Lily Cade also had admitted to numerous accounts of sexual misconduct prompting questions of why the BBC platformed the views of someone who is both transphobic and has a history of sexual misconduct in an article about sexual misconduct.

Many LGBT+ employees are leaving the BBC because of the culture within the organisation that has allowed this article to be published. A leaked meeting between BBC company secretary Phil Harrold and over 100 queer members ran for 90 minutes with employees raising so many concerns about the organisation that it ran over by 30 minutes with some pointing to the article.

Looking back at the article that quoted some lesbians feeling ‘pressured into sex by some trans women’, there are some legitimate criticisms outside of the controversial content. Firstly, the article quotes a study from anti-trans group of only 80 people where around half have had felt pressured or coerced to have sex with a trans person. Unequivocally, these are incidents that shouldn’t have happened. However, questions are being asked why the BBC is spotlighting this issue and not the rising anti-trans sentiments in Britain.

With the current social climate surrounding transgender people where hate crime rates have quadrupled and anti-trans groups such as LGB Alliance given charity status despite criticism, it can be argued that it is dangerous to contribute to negative depictions of trans people in the media. Furthermore, this is not the first-time members of the LGBTQ+ community have been vilified as sex offenders. A common argument against the tolerance of gay men and lesbian women during the fight for equal rights was the depiction of homosexuals as sex offenders.

This current situation is a reminder that the fight for LGBTQ+ rights is not over. In the last week, homophobic hate crime rates are reported to have jumped in 2020 despite lockdowns, a lesbian couple are suing the NHS over discrimination, government officials met with leaders of conversion therapy and the BBC announced they would leave the LGBTQ+ charity Stonewall’s diversity programme.

The situation at the BBC and the state of LGBTQ+ rights is a developing story. 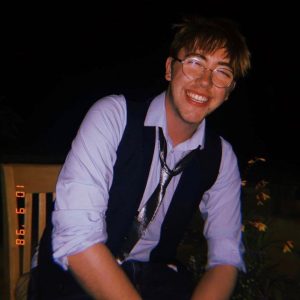