The cost of living has risen and by December it looks like it will have risen quite a bit, more so than any point in the last ten years. With (before publishing this) Coronavirus restrictions all but now non-existent, unessential commerce has opened back up. With it however, a buoyant labour market and high levels of inflation that the Bank of England have predicted will push lending rates in the coming months to a ten year high.

Last year, the UK suggested that by November of this year inflation would have risen by 1.9%. The ONS has found that it has in fact risen by 4.2%, almost double of what the Bank and England had predicted it could be in the fourth quartile of 2021. The ONS has attributed the rise of Inflation to the economy recovering after the pandemic, with less restrictions the demand for a lot of services/resources are back, namely fuel, energy and hospitality. The BBC reported that household energy bills saw the biggest rise in inflation, when price caps were lifted last month that kept prices low. Gas bills rose 28.1% and electricity was not far behind with 18.8%. However, one area that seemed to resonate with a lot of people was the rise in the price of petrol, with many vendors running out of it due to a lack of delivery drivers. In doing so the demand for petrol rose exponentially from 25.4p to 138.6p a litre, the highest it had been since 2012.

Price increases have been accounted for through several reasons and not just the lack of workers in a post coronavirus economy which more than anything requires economic activity and growth. An issue compounded by the ongoing travel restrictions caused by Brexit; many potential workers have been stopped from coming into the UK to help with these shortages. Even though the Government has issued 5,000 overseas permits for HGV drivers, they have struggled to fill these spaces; put off by a still lengthy process and pay that could easily be matched or improved in other countries or professions. Subsequently, the ongoing demand for oil and gas has increased without the means of delivering it to consumers, the price has risen, and power companies’ utilities bills have had to increase. This also has a knock-on effect to other industries such as logistics who deal with the transportation of goods, affected by supply chain problems, which has slowed down production and increased the prices of goods and commodities whilst the Government has thought of a no better time than now to conclude their Coronavirus business scheme of lower VAT rates, subsidies and self-employed fiscal aid. In turn, to match current profit rates companies and small businesses have had to re-increase the price of their consumer goods, pushing up the rate of inflation even further.

What the Government will now do seems unsure, with Bloomberg reporting that the Government’s own costs have tripled in the last year and have also been affected by the increase in inflation. The likelihood now seems that the Bank of England will have to increase interest rates from December, subsequently increasing ‘debt-servicing costs’. The level of borrowing for the Government has remained high and the Government will soon begin collecting the 100 billion pounds it used to finance the covid support programmes. The Bank of England however are hoping to tackle this by increasing interest rates, from their current very low levels, in December. Raising the interest rates will then lead to higher borrowing costs put on the individual, improving returns on savings and encouraging people to save instead of spend. In theory, dealing with the rise of inflation by mitigating the demand of goods. Yet, the likelihood of such a plan working seems unlikely, with many of the factors that have led to inflation rates increasing being global such as the higher price of oil that has already affected countries like the US. The Financial Times has identified other issues with this plan, with Christmas only being round the corner many people have continued to spend, and that despite future predictions, consumers have been stubborn in their spending patterns – with fiscal growth increasing in the retail sector substantially in October through to November. It seems like the Christmas season was not the best time to try and encourage people to save, with many industries now pushing to get back up to pre-pandemic economic growth levels.

What it then means for students in some respects is what it means for everyone: Many have loans and with them debts and unforeseen costs which now will mean the cost of living will increase. Food prices will rise, and utility bills will soar. Transport to Uni will also be hit, with there already being a lack of drivers for the U1 bus, it could be that there will be less busses and running less regularly or the cost of a day rider increases. It would not even be surprising if, in the long run, Universities started to increase the cost of tuition fees again. Nearly every year has seen an increase in the pricing list for on-site accommodation, but this may take it to a whole new level. And a whole new level it will go. 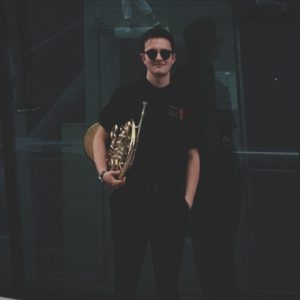