Omicron, the latest COVID-19 variant, is spreading fast. With ten times the mutations in the spike protein compared to the Delta variant (which can be attributed to two lockdowns and at its peak 1,600 deaths a day in the UK), this one poses a real danger of spreading quickly and dodging antibodies. We now have to ask ourselves: Was this truly inevitable?

While there are issues with vaccine hesitancy, many scientists have called on governments to share vaccine doses with less well-off countries who struggle to bid for doses and commit to large sums of money. There are reasons for this beyond philanthropy. If we don’t eradicate COVID-19 worldwide, not just in our country, we will then see variants arise from countries that are less widely vaccinated than us. These variants can be more transmissible and could even dodge vaccines, as is suspected with Omicron. It is therefore in all countries’ best interests to help others, but have they?

So what is with this slow delivery? It appears we are great at vaccinating our own country; the majority of the UK is double vaccinated with over 18 million booster doses distributed and all over 18s becoming eligible to receive one. While data shows boosters provide a great benefit to immunity, should we not be ensuring all citizens of the world have had their first dose before we get our third dose of protection? Are we prioritising more and more vaccines for ourselves when really, we should be helping other nations get up to speed so their citizens don’t suffer and variants don’t emerge that may dodge vaccines and come back to haunt us? 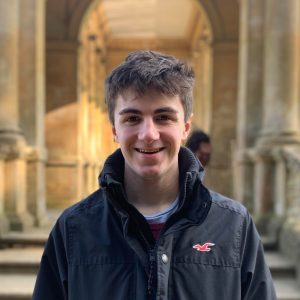