After the release of their third album, a postponed tour, another live album and a brand-new EP, DMA’s finally made their Bath debut. The Sydney-trio, with support from The K’s, finally brought their synth-filled and critically acclaimed new album THE GLOW to the Pavilion. The anthem filled show included hits from their debut album Hills End like Lay Down to new fan favourites like Silver.

THE GLOW sees the DMA’s take on a new direction in their live shows. Although sweaty Indie-boy mosh pits and pint-chucking remain staples of their shows, the band brought their love of rave and electronic music to the West Country. THE GLOW sees them take on doubters and attempt a new style, stepping out from under the ‘landfill indie’ shadow, borrowing influences from Primal Scream, Depeche Mode and The Chemical Brothers especially in the opening track Never Before and dance track Life is a Changing Game.

Seen as a part of the musical generation that inherited Britpop, THE GLOW also shows lead singer and songwriter Tommy O’Dell opening up through his lyrics. They never shy away from an acoustic, slow song – Delete and Step Up the Morphine come to mind – and even their famous cover of Cher’s Believe. THE GLOW has tracks like Learning Alive and Silver which reveal the band to be able to be emotional and vulnerable to their audiences, showing them to have music for everyone and not just teenage boys in Pretty Green t-shirts and bucket hats.

However, the encore of Lay Down and Feels like 37 immediately got the crowd into a frenzy and left you wanting more. The DMA’s Bath debut was nothing short of a proper gig. You left covered in beer and your shoes sticking to the floor. The rest of THE GLOW tour saw them take on Ally Pally in London but also several O2 institutions across the UK. It is definitely worthwhile going to see the mayhem they bring… they are guaranteed to impress. 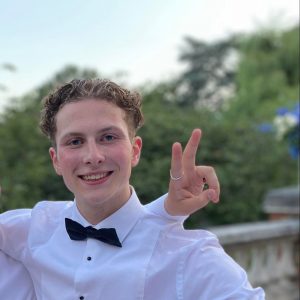