The Scottish singer and writer Nathan Evans joined TikTok after his niece and nephew encouraged him to post videos of his singing there rather than on YouTube or more traditional social media. A few months after joining, he sang one of the most suggested songs in his comments, the sea shanty “Wellerman”, and reached international fame and peak chart positions around the world thanks to it. The former postman now has over 1.4 million followers, 9.6 million likes, and 18.6 million views on his Wellerman video.

His access to fame through this song was particularly surprising for him, as he was never really a sea shanties fan nor a sailor  and only knew Drunken Sailor “like everyone, from primary school”. Having a career in music, as well as singing and song-writing, was always very important to him. As a kid that “always liked to make noise”, he started learning the guitar aged 8 and sang at numerous gigs over the last 10 years.

Nathan describes his last fortnight as a postman in December 2020, while the views on Wellerman were increasing exponentially, as a period during which he was getting recognised in the streets and when delivering parcels at people’s doors. Evans has since released two new songs, in quite different veins: Told You So, and Ring-Ding (A Scotsman’s Story). He wants his music to continue to bring joy to people, including remixes by DJs such as 220 Kid, Billen Ted and Digital Farm Animals. In his opinion, these remixes allow his songs to be played in nightclubs, in festivals or at parties, which he particularly enjoys.

Scotland remains very dear to his heart, especially the scenery of the northern regions where he has just bought a house. He has expressed his wish to collaborate with other artists in the future, including Ed Sheeran, Dermot Kennedy, Lewis Capaldi and Jess Glynne. Nathan recently published his own book on the history of sea shanties, to gather the lyrics of the most popular ones: “The Book of Sea Shanties: Wellerman and Other Songs from the Seven Seas”. When asked about his future career as a writer, he confirmed that he was hoping to write his autobiography one day, especially about the parts of his life that he hasn’t been able to show on his social media accounts.

His December tour does not include dates in Bath, but he remains hopeful he will return to our city during the next one, as he greatly enjoyed the architecture and its general beauty. 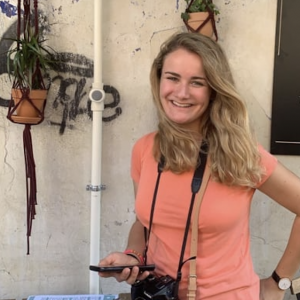