Over the past month, drink spiking has come back to the forefront of media attention, following reports of both an increase in offences and troubling details of victims being spiked with needles. Typically, ‘drink spiking’ is when an offender adds a substance to a victim’s drink to make them more vulnerable for a variety of motives, including theft or sexual assault. This substance can be anything from alcohol, date rape drugs, illegal party drugs or prescription medicine which can be added to any type of drink (alcoholic or non-alcoholic). The crime and its effects are unpredictable. Furthermore, it is something many club-goers have had to be wary of for a long time. However, in recent weeks, the term has taken on a whole new meaning amid fears people are being targeted by offenders now directly injecting them with the drugs on nights out.

Students at universities across the country are described as the worst hit demographic, with several of them reporting they have become suddenly unwell on a night out following feeling a prick-like sensation before blacking out and having no memory of anything when they woke up. With conversations on the crime growing on social media, it was not long until outrage broke out as more and more people, across all gender identities, shared their grovelling experiences.

The “Girls Night In” campaign is one that urged everyone, women, men and people who identify as non-binary, to boycott nightclubs and bars in response to the recent rise in spiking. It aims at putting pressure on clubs and bars to enforce more protective measures and prevent drink spiking. Some of those measures include:

It was agreed that all boycotts should be held on an evening where the most student night-life typically takes place in each city. For many cities this led to cancellation of infamous university sports nights and other student events in local clubs. With it being a predominantly student-led campaign and cases being focused at universities, it was interesting to watch what measures each university’s Students’ Union took to eliminate its scope on their campus.

Here at Bath, our SU was quick to respond to the campaign and began their active promotion of “Bath Uni’s Big Night In” to be held on Friday the 29th of October; choosing to tailor the date and name of the campaign “to make the biggest impact across the City of Bath”.

A statement issued by the Students’ Union outlined their intentions: “While there may be an increase in drink spiking reports for women, all gender identities are vulnerable. We have chosen Friday 29th October as the date as it will impact the most venues we want to see action from”.

There was little argument against their case that spiking is genderless; however, many students disapproved of the night being held on Friday, as they believed the University of Bath’s biggest night was Wednesday night’s SCORE. To many it felt like the SU was trying to protect their own night out by moving the boycott date to another day, which led to anger and confusion across the board. Consequently, a poll was created to ask for students’ opinions on what night the boycott should occur.

Over 1880 students voted overwhelmingly in favour of the boycott taking place on Wednesday the 27th of October rather than Friday the 29th of October. The SU therefore overturned their decision and issued a statement saying that all students were encouraged to operate a bar and club boycott across the city of Bath on Wednesday night, including the cancellation of the University’s club night SCORE. This boycott was respected by the majority of students, with a number of clubs and societies declaring their support to the movement.

But what does this mean for the future of clubbing on our campus? What measures will the SU and the university take to make sure our safety is their number one priority on campus?

The SU wrote an open letter to all clubs/bars in Bath. ‘This letter explains the boycott and asks venues to respond outlining what provisions they have in place and what additional measures they will be implementing.’ Read the full letter here.

To read what the venues said in response to this open letter and what measures they have put in place to ensure that everyone visiting their venue feels safe, read here. (This webpage is regularly updated as and when the SU receives responses from bars/clubs in Bath.)

CampusTV spoke to SU Community Officer Meg more about this. Here’s what she had to say.

You can view University of Bath SU’s full statement here. 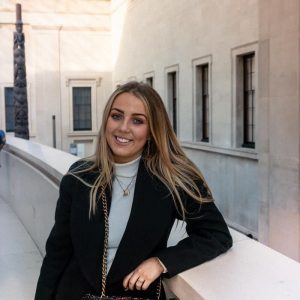