Within western culture, we are often used to aspects of the ‘tabloid’ media glamorising Hollywood. The stars that exist within this fixation are sensationalised and pressed under a microscope to a vulgar extent. The news that various A-list celebrities are doing the same mundane and banal activities as everyone else soaks up the attention of our press; this is despite the rest of the world actually facing *real* problems.

Recently however, this societal distinction was violated. Some of those privileged in the film industry; that may arouse the same interest in the press for getting their toenails clipped as an obscure state facing a brutal military coup, are having to confront a far more hideous reality of dejection, death and tragedy.

Alec Baldwin, the renowned SNL host and Donald Trump-impersonator, and now a widely celebrated actor, producer, writer, comedian and social activist, accidentally shot and killed cinematographer Halyna Hutchins whilst filming on the set of his new film Rust, a production in which Baldwin maintained the role of both lead actor and producer. The director of the production was also injured in the incident. The firearm in question was a prop gun which was supposed to have an empty bullet chamber in a way that has renounced Baldwin, ironically an anti-gun activist, of any fault. Baldwin announced that his ‘heart was broken’ after the incident, as any sane, non-sociopathic individual would be after accidentally shooting and killing another person. Alec Balwin on Twitter. These tweets have since been ‘protected’ and can only be viewed by followers approved by the actor’s account.

So why did this entire debacle occur? How does an innocent film set become the set for a gruesome manslaughter? According to California federal investigators, the fault lines lie behind a series of brutal, cataclysmic errors. The firearms specialist had left the set before the shooting took place. The firearm handed to Baldwin was mistakenly believed to be a non-functional, fake firearm yet was actually a real antique firearm. Numerous set members handled the lethal weapon before it was handed to Baldwin, without making the necessary preliminary safety checks. The theme of incompetence and complacency clearly gained momentum throughout the minutes leading up to the tragedy.

Yet this does not allow us to uncover the wider issue at hand. We live in a context in which CGI has become so developed that one cannot tell CGI from a real object. So why do film production companies not consider the presence of firearms on set as obsolete? The majority of films in recent times convey a prevailing theme of the lines between fiction and reality becoming fascinatingly blurred. Arguably one of the greatest cinematographic achievements in cinematic history, Dune, is currently in cinemas, showcasing 40 metre sand worms in a way that looks more realistic than the cappuccino froth on my morning coffee. TV director Craig Zobel tweeted that guns on set are an unnecessary risk and that gunshots are digitalised within his productions. This a view that has recently been reciprocated by a Californian State Senator in the wake of this tragedy, who has pledged to implement legislation that would ban firearms from the set of all movie sets and theatrical productions.

Why as a society do we have to wait for a devastating tragedy like this one to occur prior to enacting any positive change within it? 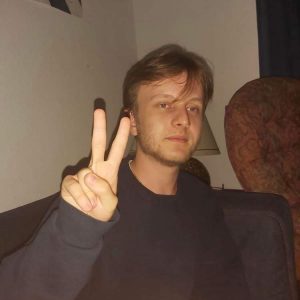