Women as the ‘other’

There have been many advances in gender equality over the last few decades, but as we gain an increasingly intersectional understanding of identity, it has been made apparent that in some aspects of life, women, especially women of colour and disabled women, are dismissed.

The concept of women as a marginalised ‘other’ in society is clearly visible in the realm of health and wellbeing, as Black women in the UK are four times more likely to die in pregnancy or childbirth than white women. The organisation Black Mothers Matter UK publishes testimonies about how many Black women carry their children with the additional burden of the statistics that leave them at an augmented risk.

Outside of reproductive health, women face ‘otherness’ within healthcare, as women’s heart attack symptoms are often overlooked and dismissed as they present differently than they do in men. In the US,  “Doctors Missed Heart Attack Signs in Women 50% of the Time”, due to the fact women often experience non-chest related symptoms and are therefore often diagnosed with things such as anxiety. This is because so much of our understanding of medicine is based on men’s experience, which have left women in danger of being ignored and overlooked.

Many women and girls get diagnosed with conditions such as ADHD and Autism much later than their male counterparts, as these too can manifest differently.  Susan F. Epstein, PhD, a clinical neuropsychologist, states that “the model that we have for a classic autism diagnosis has really turned out to be a male model. That’s not to say that girls don’t ever fit it, but girls tend to have a quieter presentation, with not necessarily as much of the repetitive and restricted behaviour, or it shows up in a different way.” Tiktoker Paige Layle  documents her life as a young woman with autism following her diagnosis aged 15, far later than most boys. She speaks about how women and girls are often not diagnosed as they are seen as ‘high functioning’ but she says this is due to societal pressure on girls to be accommodating, which leads to them ‘masking’ their true feelings and reactions much more, which Paige claims “is the most exhausting thing in the world”.

The socially accepted idea of men as the ‘norm’ and women as the ‘other’ is even prevalent in the realm of health and safety.

For example, the dummies used in car safety trials are based on the physical characteristics of a man, and it wasn’t until 2011 that a female dummy was used in America. The infrequent use of female dummies alongside male ones has already led to a higher risk of injury and death for women in car accidents; in the US, when a woman is involved in a car crash, she is 47% more likely to be seriously injured.

Even public toilet provision has failed to acknowledge women’s needs, which means that women having to face massive queues in comparison to men as “women need twice as many public toilets as men”, according to health experts.

These examples show that women’s needs continually go unaddressed in society, and indicate, what the author of ‘Invisible Women’, Caroline Criado-Perez states as, ‘the deadly truth about a world built for men’. While International Women’s Day is a brilliant way to highlight the achievements of women around the world, the ‘othering’ of women is perpetuated in a society that fails to consider women within the everyday making and operating of the world. The nature of ‘otherness’ affects the lives of even the most privileged, otherwise unoppressed women, which gives some indication of the myriad difficulties which those less fortunate are forced to confront. 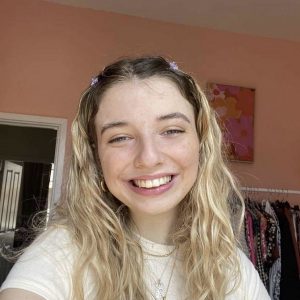 Q&A with Tom Morris, the Artistic Director of the Bristol Old Vic