Why you should care about the Harry and Meghan interview

By now most of us have seen and heard about the infamous Oprah interview with the Duke and Duchess of Sussex, Harry and Meghan.

My take is: caring about this particular interview isn’t the same as being slavishly obsessed with royal news. It just means you care about issues like institutionalised racism, holding people in power accountable and recognising privilege and mental health crises. Of course, they are coming from positions of great privilege, where they get to have an international platform to share their stories, but the impact of this interview goes beyond the realm of news articles and cover-stories. The themes running through their story are resonant for millions of people in more ways than one.

It is no surprise that institutionalised racism still exists, especially within the royal family. This palace, at one point in history, was responsible for taking over and controlling about 166 countries, exploiting them for resources and human labour, and leaving those countries in economic and social despair, from which they still haven’t completely recovered. The histories of so many countries across the world are shaped by what the British empire did to them; for example, they were singlehandedly responsible for promoting practices like the caste system in India, to create a system where people with lighter skin and/or wealth were considered superior. So, yes, it is important that these concerns are voiced and brought to everyone’s attention, but it is especially important that an ‘insider’ of the royal family recognises these issues and calls them out.

It was amazing to see how many people spoke up following George Floyd and Breonna Taylor’s killings, but have we actively done something to make sure that the people of colour around us feel like they belong, feel represented and safe? Representation isn’t something people should have to fight for – it is up to the ones who hold power and privilege to create an environment where those in minority groups feel represented and safe. Recognising your own privilege is the first step to creating change, and Harry did just that. He admitted to not having fully understood how deeply ingrained racism is in our society until he saw the world from a biracial woman’s perspective. A person would have to have led a life of enormous privilege and, to a certain extent, ignorance to not realise that racism was a much bigger problem than what we see in the movies. Often times, it is so subtle that most people don’t realise it until it is pointed out to them – much like the difference in how the media portrayed Kate and Meghan before they got married to their now husbands.

Another major theme of the interview was mental health. In a time when mental health is slowly gaining more importance and is starting to become something people really talk and care about, it is appalling to see someone actively voicing concerns over their mental health, explicitly stating that they have been considering suicide, but not receiving the help they deserve. People become so consumed by how they might be perceived by other people and, in their case, the media, that they are willing to let someone suffer to protect their own image. This so clearly explains how, even though we have started conversations about mental health, it is still a taboo for most people and is still considered something that should be kept under wraps. While the royals themselves have led several campaigns outlining the importance of seeking support for mental health issues, they failed to support a member of their own family in seeking help.

This also brings to question how much of the news we see is an actual reflection of the reality and, what parts are fabrications put in place to protect those holding immense power. In the interview, Harry and Meghan talked about how the ‘firm’ squashes news that could potentially harm the image of the royal family, or their relations with the public. While they have not always been successful in hiding the flaws of the senior members of the palace, this practice reduces the credibility of our news outlets and brings to attention the fact that people with power and influence control the narrative.

It is imperative that we address these issues, talk about them with the people around us and continue to hold those in power accountable.

If you have been affected by any of the issues raised in this article, please use the following resources. 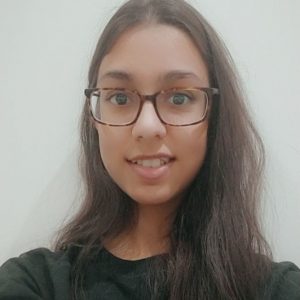 Asees is the current Editor-in-Chief. She's a psychology student who joined Bath Time in her first year and has refused to leave since. If you hear Mamma Mia or Taylor Swift playing in the Media office, you know it's her!

Q&A with Tom Morris, the Artistic Director of the Bristol Old Vic