From postman to TikTok star – an interview with Nathan Evans

Bath Time recently had the opportunity to sit down with Nathan Evans, an artist from Airdrie, Scotland, who recently garnered worldwide attention after his debut sea shanty track “Wellerman” went viral on TikTok. Just a few short weeks ago, Nathan Evans was walking the streets of Scotland, singing to himself whilst delivering letters, merely dreaming of becoming a singer. However, after his rendition of a 19th Century New Zealand Sea Shanty racked up millions of views, that dream is now fast becoming a reality.

Music has always played a huge part in Nathan’s life. He started singing at the age of 6 and began playing the guitar at 8, but he could never have imagined the incredibly rapid rise to fame that his musical rendition would generate. He beat the likes of Olivia Rodrigo’s ‘Driver’s License’ and Ed Sheeran’s ‘Afterglow’ to the No.1 spot on the U.K Big Top 40 countdown and reached No.3 with his remix of ‘Wellerman’ by 220Kid and Billen Ted.

Due to his success, Nathan decided to quit his job as a postman and focus full time on a career in music. His online ‘post’ (get it?) on 27th December 2020 kick-started a new viral trend of sea shanties on TikTok, increasing his following by over 800% and landing him a record deal with Polydor records.

Before his fame, Nathan would regularly post videos of himself singing covers of pop and Scottish folk songs on social media, but it was TikTok that saw the most interaction and the biggest growth in his following. In July 2020, after a suggestion from one of his followers, Nathan decided to cover a sea shanty for the first time and has since never looked back. He admits that before researching what the shanties were all about, he’d never heard of the genre and still claims Scottish folk music to be his favourite. Nathan believes the meanings behind the shanties that were sung aboard the ships to maintain the crew’s morale, so their ability to lift people’s moods during the current pandemic, is what has led to their re-found popularity. Even the likes of Sir Andrew Lloyd Webber and Jimmy Fallon, who created their own renditions to the song in response to Nathan’s success, have been caught up by the re-emergence of this genre.

When I asked Nathan if he had any advice for students who have similar music career ambitions, his response was to be consistent and to make the most of every platform available when trying to publicise their own work. He emphasised the importance of posting regularly on social media to maximise exposure, or, if you are looking to go down the more traditional route of performing live, then to do as many gigs in pubs and clubs as possible to get your name out there.

Despite lockdown, Nathan has managed to find ways to produce music and publicise his latest single. He told us very excited for what’s to come and hopes to have the opportunity to collaborate with other artists in the future. He also hopes to be able to begin touring and performing live for his fans, once the pandemic is over with a possible album release later in 2021. Who knows, you might even spot him down the Avon humming the Wellerman. 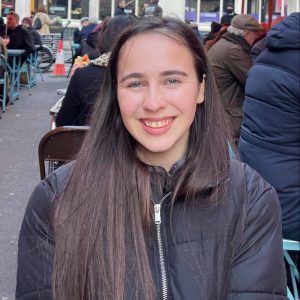 Celeste ‘Not your Muse’ – Album Review