Review: Emily in Paris – a slice of Paris or a bit much?

Emily in Paris, Netflix’s hottest new addition, has been at the brunt of some serious backlash from French viewers, yet some believe the stereotypes portrayed in the series to be somewhat true. The 10-part series seems to want to highlight the cultural differences that exist between the American and the French, whilst also placing an emphasis on the beauty of language-learning. A light-hearted watch, the audience are able to gawk at the beautiful, romantic sights of Paris whilst also admiring Emily’s bold outfits as she potters around the City of Lights.

One of the main critiques of the show has been the stereotypical portrayal of the French that seem to be somewhat exaggerated. As someone who has lived and worked in Paris myself, however, I found some of the cultural aspects to be entirely accurate, notably the behaviours in the workplace. Emily’s boss, Sylvie, was portrayed as being overbearing and downright bossy, which can be fairly true because bosses do tend to be a little more blunt over in Paris than the casual, jovial relationships we enjoy over here in the UK. We’ve even heard horror stories of a friend who did a placement at Elle Paris who explained that her boss would randomly tell her ‘Mais tu es bete ou quoi!’ [‘Are you stupid or something?]. Let’s just say they don’t have the apologetic, overly sympathetic demeanour we have on our side of the Channel.

Another stereotype that is in fact, true, is the smoking culture. Smoking is seen as a social activity in France and it is not uncommon to see colleagues huddled together outside for a “pause clop” (ciggy break); long, Vogue cigarettes perfectly balanced between their fingers. Although I personally didn’t experience sharing a bottle of wine with colleagues during my lunch break (although that would have been magnifique!), it is true that lunch breaks tend to be taken much more seriously in Paris, with employees taking the liberty of going to the nearest bistro for an hour and a half over a cup of café au lait. Very dissimilar to the “desk lunch” culture of other countries, where you’re more inclined to eat a sad-looking tuna sandwich at your desk, on your lonesome, trying to catch up on your daily tasks. Maybe we should take a leaf out of France’s book.

The series emphasizes the style differences between Emily and her boss Sylvie, by alluding to the fact that French style is much more classic, characterised by monochrome palettes and timeless silhouettes. A far cry from the colourful, slightly OTT outfits that Emily waltzed into the office with – I could definitely see some parallels with my own workplace during my internship in Paris. The French do tend to adopt the less-is-more approach, and this was made very apparent in the show.

On the flipside, even if this series depicts a somewhat accurate picture of Parisians, it goes without saying that stereotypes do not reflect an entire society or country. Some traditions and cultural traits are a thing of the past and do not reflect modern Paris, thus falling into a cliché.

Some may argue that the biggest cliché adopted by the series is most definitely the French’s brutally honest/rude behaviour in a professional environment. Emily was pejoratively called ‘la ringarde’ (aka: the nerd) by all of her co-workers who sheepishly copied her devilish boss, who didn’t seem to grow to like her until the very last episode. Also referred to as ‘the American’, her colleagues didn’t try to make her feel comfortable one bit – which in modern day Paris would not be the case, as it is considered an international hub! All multinational firms have dozens of multicultural employees and the business language is usually English.

The series also presents the French as non-English speakers to the extent that they would be reluctant to speak in any other language than their own! Which is observable within the older generation or people who are less exposed to other languages, but certainly not in big multinational firms.

A third recurrent cliché embraces the Parisian love factor a little too much. It clearly is ‘la ville de l’amour’ – ‘the city of love’ – and Parisian men, like many other men, will flirt with other young women… but not to the point of putting their job at risk (the scene with the taxi driver) or whispering dirty, demeaning words to the other person in the middle of a busy street, as demonstrated in the party scene. (Of course, it does happen, but this does not characterize an entire population!)

Emily in Paris is a fantastic series to watch as a little pick-me-up. Yes, there isn’t really anything of substance to the show, but it’s a slice of Parisian heaven in your living room that is enough to give anyone serious travel envy. 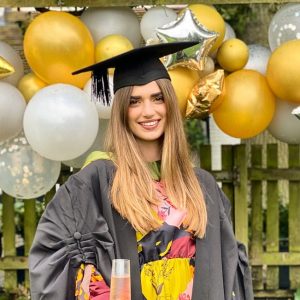 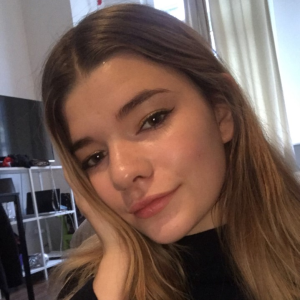 Skincare – a cure for the common mask