Mouldy, Rotting and Condemned: Only the best facilities for Bath athletes 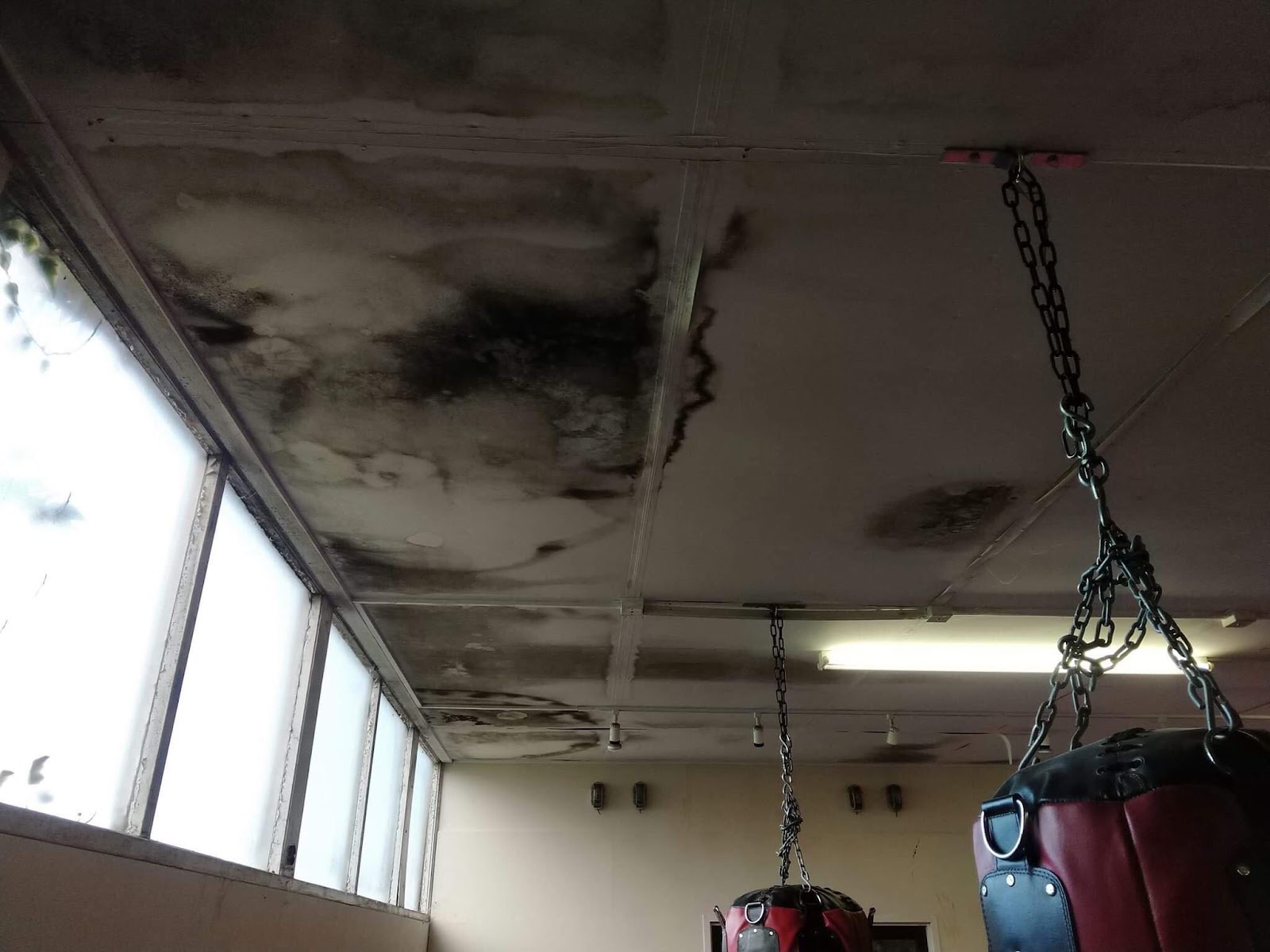 Boxers and Taekwondo players have had their training facilities condemned by the University, after practicing in the mouldy, rotting space for years.

In an Open Letter to University management, the Kickboxing, Taekwondo and Boxing clubs showed their anger as they face a return to University without anywhere to train now the Sulis Club has been closed.

The clubs have a collective 500 members and all rely on the specialist facilities at the Sulis Club for the bulk of their training; a facility deemed structurally unsafe and closed by the University Estates Department on 31st January 2020, following a myriad of issues over the past five years. Since its publication on Thursday, signatories of the letter have ranged from club members, members of the Bath Community alongside, current and former members of the martial arts community across the UK. Sports Editor Yasmin caught up with the organisers of this letter to understand what the current situation at Sulis could mean for these clubs.

Despite the University’s sporting pedigree, being awarded Sports University of the Year in 2018 and being home to multiple National Governing Bodies’ performance programmes, the letter from university leadership cited “lack of heating” and “dirt and mould” in the Sulis club as the reason for its closure. As the letter also states, the standard of Sulis dropped far below the “renowned, fully-accessible £35million facilities” the university boasts to prospective students in their marketing and communications material.

Speaking to the clubs about the facilities before they shut, the Taekwondo Club said:

“Before the 2019/2020 academic year Taekwondo did the bulk of our training in the STV Dojo as it was a much cleaner and safer space for our members. We train in white suits and there was no way they would stay white after a session in Sulis due to the dirt and damp.”

However, they were forced to move to Sulis for the majority of their sessions this year, due to restrictions on their footguard use in the STV Dojo. Despite having several BUCS competitions still to prepare for, they were left with no designated venue for training.

The clubs also spoke about the investment they have put into the facilities at Sulis. Kickboxing mentioned:

“Over the last 7 years, clubs and students have invested to fill Sulis with the equipment needed to train; this sort of training can’t take place on STV floors any more than rugby could train on the Parade.”

This equipment of significant value is now vulnerable to damage in the damp and mouldy conditions due to the clubs being unable to move, cover or take elsewhere. 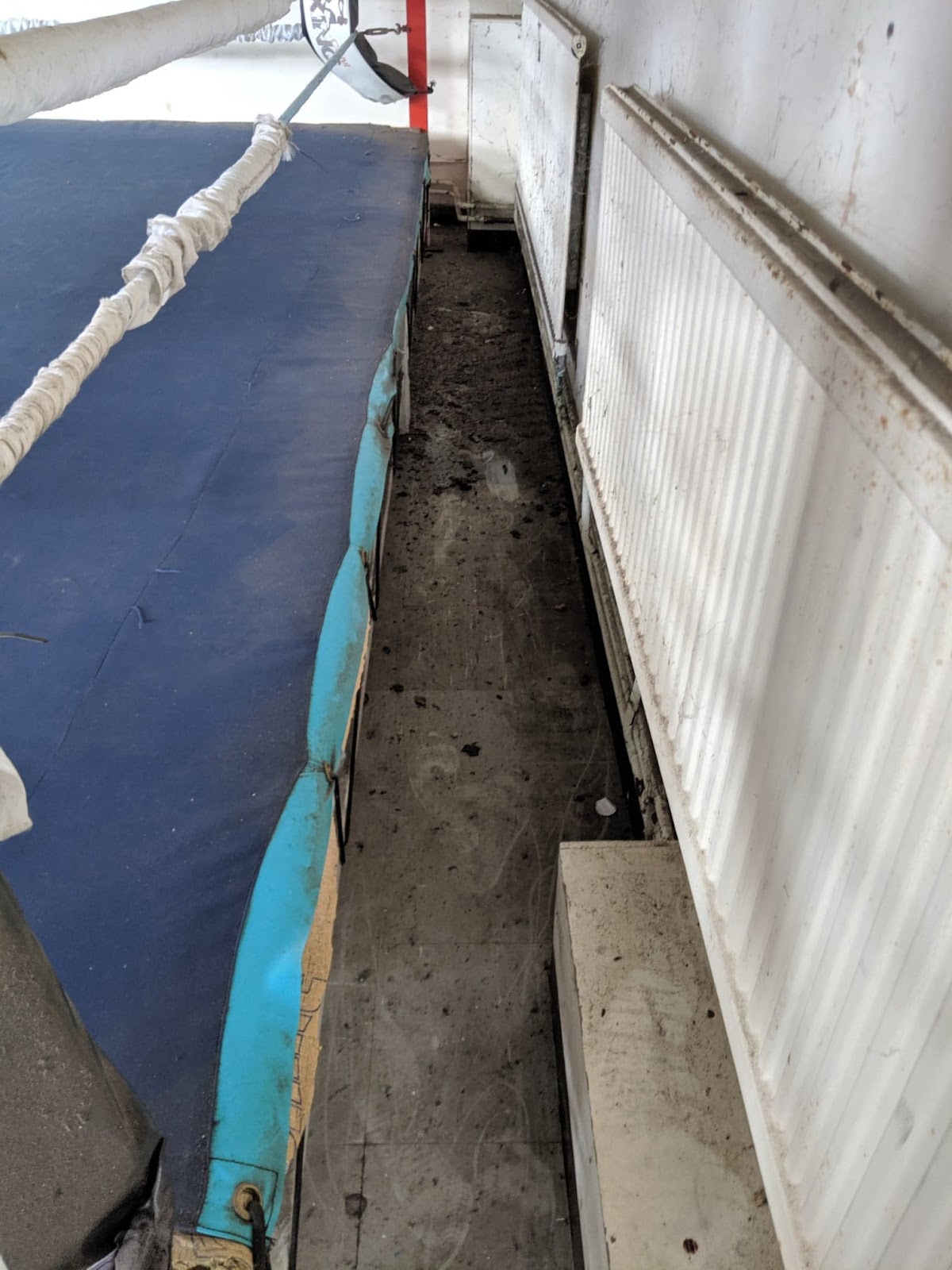 The clubs have highlighted the pivotal role the Sulis Club plays in the ability to keep their sports going:

“The best comparison would be taking away the pads away from the American football teams, or telling the trampoline club they’d have to train on a hard wood floor instead of a trampoline.”

The clubs expressed the inclusion that Sulis brought to their clubs, allowing beginner, recreational athletes, right up to elite-level fighters to train in a safe and inclusive environment.

However, the clubs have suggested this is not a combat sports issue alone. One representative said “This is an issue of a university advertising a “£35 million world class facility”, then expecting their students to wipe up leaks from a roof, clean up mould from an unsafe facility, or train full contact sports on a wooden floor while their boxing ring rots.” The clubs feel neglected, ignored and disappointed that the University has not prioritised their safety or student experience.

Sports Officer Tom Sawko said about the situation: “This has been an incredibly frustrating 6 months for many of our combat sports, with very little action being taken, despite frequent prompts at university senior management level.

However, he also seemed positive about a way forward, “The good news is, we are now at a stage of movement, and are looking at a space to host the clubs in semester 1. It’s not perfect, but should allow for a reasonable level of training for Boxing, Kickboxing and Taekwondo. We’ve also had assurance that the university will look for a more permanent solution for semester 2 onwards.

Speaking on those who organised this, and the sporting community that rallied around, Tom added, “At this stage I’d like to recognise and thank Joe Knapper (who wrote the open letter), Charlie Draper, Tomiwa Aina, and the committee and memberships of Kickboxing, Boxing and Taekwondo who have done an amazing job in getting this campaign off the ground, all those who signed and shared the open letter, and the BUTL who wrote their own letter in support. This has been an awesome example of the student and sporting communities coming together at a difficult time to ensure we can get people moving their way!”

The open letter has been shared with the University, you can read it via the following link:  https://docs.google.com/document/d/1NGTVcu42ocIcIQpc8qPzDqZ3AwvG0ADCgTBB4AEp9SU/edit?usp=sharing.

A University of Bath spokesperson said: “Unfortunately the gym at the Sulis Club cannot be reopened in its current condition due to health and safety concerns.

“With the current Covid-related restrictions on the use of sporting facilities, our options in the short-term are very limited. However, we are working with The SU to explore different options for suitable space and will endeavour to provide alternative facilities for students as soon as possible.” 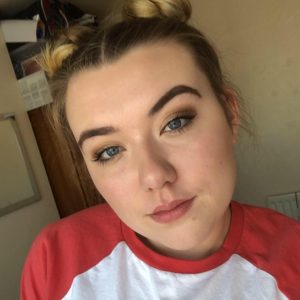 Yasmin is a First year Politics and International Relations Student and the 20/21 Sports Editor for Bath Time.

New rules bring “fear” for BUCS, leave some Socs “shaken” while others hopeful about membership