The Maths of Life and Death

As a mathematics student, I didn’t need to be convinced that maths was great. In fact, I spend a lot of my time trying to convince others of exactly that. Hence, when starting The Maths of Life and Death, a debut book by Senior Lecturer Kit Yates at the University of Bath, I was curious to see what new, relatively straightforward insights he could provide without straying into complex analysis or proof. After all, his book promised to appeal to everyone and contain not a single equation.

The opening chapters capture the reader with an assortment of simple examples: how the ALS ice bucket challenge became so successful, how the Fox and Chalmers scandal conned vulnerable citizens out of thousands of pounds and how home genetics tests shouldn’t be taken at face value. Within a few pages, Yates conveys the breadth of fields in which mathematics is essential for keeping us safe and healthy. He never narrates in an aggressive tone – a tone imploring the reader that they must appreciate maths – but simply nudges them gently to consider aspects of maths that they may not have contemplated before.

Yates progresses to more specific, involved cases, namely in the medical industry. He introduces the ‘God Equation’, used by the NHS to determine which new drugs will be funded, and the associated ethical dilemmas. He then covers the dangers of false positives and explains in an engaging, non-patronising manner why women are likely to receive at least one false positive in their routine mammograms.

My favourite chapter was that on the use of maths in the courtroom, something that is extremely prominent but rarely highlighted as a situation of mathematical relevance. Yates explores DNA testing, forgery and the unsettling naivety of the jury. Indeed, one of the underlying themes of the book was the irrational fear of maths that many people grown up with. If a bold, articulate speaker such as a lawyer presents some ‘hard, factual’ evidence in the form of statistics, it is often all too easy to deceive those who are less confident with numbers. However, Yates compellingly recalls the case of the infamous Sally Clark and the deaths of her two young children. Here, the misinterpretation of one simple statistic led to suffering she could never quite shake off. If only someone had dared to dispute it.

One of the most genuinely applicable chapters was that on the notorious abuse of statistics in the media. My degree had already ingrained into me that one should be relentlessly sceptical when it comes to shocking figures, but the examples provided were even more subtle and alarming than I anticipated. From false advertising of skincare products to racial stereotypes in American gun violence, Yates proves that it’s not just the Daily Mail who twists, exaggerates and shines biased light on data. As he points out, ‘Partisanship is easy to detect through people’s words, numbers are easier to manipulate surreptitiously’.

However, Yates also comments that the newspapers rarely provide inaccurate information, they simply misinterpret it or, worse still, the reader does. Consequently, he arms us with the power to be more routinely questioning: he presents a few simple questions we can pose to the headlines to remove the veil of drama and gossip.

Perhaps the most pertinent chapter was that on mathematical epidemiology. On first glance, you could excuse the reader for believing Yates had some magical crystal ball: the way he casually predicted (in 2019) that the next pandemic would likely be a disease transmitted from animals to humans is somewhat eerie.  However, it would be rather ironic to believe this when the entire book encourages the reader to pay closer to the maths ‘hidden’ in everyday life. It is quite possible that if we had all examined the initial situation in China more closely than the extent to which the coronavirus would wreak havoc may have been glaringly obvious.

Yates discusses phrases which are now regulars in mainstream news – ‘r0’, ‘contact tracing’ and ‘isolation’ – and this is interesting in itself if you fancy learning more about what they actually mean (you’ll learn that ‘R’ does not exist, there are only ‘R0 and Re’). He comments that ‘history is often underwritten with the subplot of disease’, an observation I found neatly thought-provoking.

The thing I loved most about this book was how Yates weaves in thoughtful, emotive details of the characters (all real people) to engage the reader on a personal level, without ever seeming too sentimental. I had previously enjoyed other popular maths books such as Simon Singh’s Fermat’s Last Theorem and Alex Bello’s’ Alice’s Adventures in Numberland, but The Maths of Life and Death hit closer to home with such human tenderness, and stories grounded in everyday life.

The Maths of Life and Death truly is a book for everyone. If you’re like me and have already succumbed to the beauty of mathematics, its power will be thoroughly reinforced. The hugely varied case studies will enhance knowledge of history, politics, biology and the media to excellent satisfaction. . . and you’ll be pleased to see someone argue eloquently that mathematicians aren’t simply ‘people who turn coffee into theorems’.

If you thought you ‘hated’ maths, then The Maths of Life and Death may well be what allows you to appreciate it. Failing that, you’ll still be immersed in the thrilling and frequently heart-breaking stories from people of all ages, genders, races and nationalities.

Just like you don’t have to study an English degree to appreciate a mainstream crime thriller, you don’t have to adore algebra to enjoy the simple pleasures of maths. A tremendous cross-section of fields is covered within this book; if one case study doesn’t quite seize your imagination, the next certainly will.

This book is an enlightening read and one which I would strongly recommend. You can take a look at the author’s website and purchase the book for yourself here. 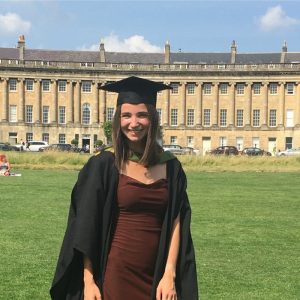 Review: Sasha Velour at The Forum