The Guinness Six Nations. Our yearly dose of European international rugby union. It’s a fantastic competition that showcases some of the world’s best talent on an annual basis and is a set date in the calendar for all rugby lovers. Supporters from each of the six nations furiously support their side, often travelling miles to watch in other countries. The question is; why are we so patriotic towards our team, and, is there a problem with this?

What is patriotism? Simply put it’s a mishmash of long-held beliefs, traditions and perspectives surrounding one’s own nationality. In our increasingly globalised world people may not feel as patriotic towards their country, indeed in the UK patriotism has been in decline over the past decade. Many of the players in the Six Nations were not born in the countries they are representing, there are four players like this in Eddie Jones’ England side alone and in the international rugby scene nowadays each match is much less ‘us vs. them’ for the players and more of an opportunity to prove themselves in an international setting. This is a far cry from Phil Bennett’s infamous speech to his Welsh side before facing England in 1977; “We’ve been exploited, controlled and punished by the English – and that’s who you’re playing this afternoon”. So, patriotism in general is in decline and the players may or may not have strong feelings of patriotism themselves, so why then does patriotism rear its head in the fans when we see our national side run out on the pitch?

It’s the same thing in team sports all over the world. A feeling of unification and togetherness that comes from watching your national team facing their opponents. Being surrounded by fellow supporters equally chanting is enough to inspire some form of patriotism in many a supporter. I, for one, can’t help myself from belting out ‘Swing Low’ every time Eddie’s England side needs some moral support – even though I would not call myself patriotic.

Is there an issue with patriotism in rugby and the Six Nations? Some feel as though patriotism is the ‘acceptable’ face of nationalism and that it encourages xenophobic behaviour and attitudes. Personally, in regard to rugby, I don’t feel as though this is true for most. It’s not a bad thing to be proud of your country and its players, who have worked hard to achieve the level they are playing at, and healthy competition between two teams and their supporters can be a good thing. Rugby fans are far from having a sterling reputation but in comparison to certain other team sports, there are significantly fewer reported incidents of negative behaviour related to patriotism. But even one incident is too many, so looking to the future of the Six Nations, it would be good to see more rugby fans chanting their national anthem in the stadium then going for a Guinness together after the game. 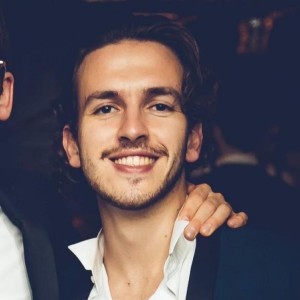 Balancing the books: The real cost of student money worries