The Harvey Weinstein court case has forced the world, not just Hollywood, to confront the chronic problem that is powerful men abusing their privilege and influence. They can do what they want, as long as their credentials outweigh their crimes. Harvey Weinstein was once praised for his production of classics like Pulp Fiction, Good Will Hunting, Shakespeare in Love and Chicago. At the peak of his career Weinstein had collected six Oscars. Now, Weinstein has been disgraced by Hollywood and by society for his predatory nature; he embodies all that is wrong with the casting couch culture.

In October 2017, the New York Times released a report detailing Weinstein’s alleged sexual harassment history. The report disclosed several allegations against Weinstein over nearly three decades. It also revealed that at least eight settlements were reached within this time period. These known allegations and the subsequent accusations over the next three years predominantly conformed to the same narrative that saw young women reporting to a hotel under the pretence of business-related meetings to discover Weinstein, a behemoth in the movie industry, had alternative motives. This begs the question: how could allegations repeating the same pattern have accumulated for almost three decades?

This case brings to light the inherent pitfall within Hollywood. Weinstein’s sexual predation was no secret. Individuals knew and rumours spread. Yet, individuals chose not to say anything in fear of what Weinstein, with all his prestige and resources, would do to their careers. British actress Kadian Noble, in her civil suit against Weinstein, recounts how during the 2014 Cannes Film Festival another producer told Noble to do whatever Weinstein wanted upon his invitation to his hotel room… Here she was forced into sexual acts. This producer did nothing to stop it. Quentin Tarantino in 2017 confessed he knew about Weinstein’s conduct towards women. He did nothing to stop it. Paul Feldsher, a fellow Hollywood producer, testified that Weinstein was a sex addict. He did nothing to stop it.

Knowledge of Weinstein’s crimes was not limited to just Hollywood. Lena Dunham and Tina Brown, the former Editor-in-Chief of The Daily Beast, both claim to have told Hillary Clinton’s communications director Nick Merrill about Weinstein’s behaviour. Clinton denies knowing about any such allegations. This either means Merrill insulated Clinton from such information or that Clinton is actively choosing to disregard it. Either is just as problematic, as it indirectly implies that as long as Weinstein keeps funding the Democratic Party, his personal vices do not matter.

On the 24th February 2020, Weinstein was found guilty on two counts: criminal sexual acts against Miriam Haley and rape in the third degree against Jessica Mann. Both crimes premise on the lack of consent. Mann and Haley both acknowledge friendly interactions and consensual sex with Weinstein after their alleged attacks, but this does not abridge the principle that consent is conditional on the moment and not on the relationship as a whole. A relationship does not preclude an individual’s right to withhold consent. This case therefore probes how the American justice system chooses to define consent.

New York District Attorney Cyrus Vance Jr. said the convictions offered a, “new landscape for survivors of sexual assault in America.” He’s not wrong. Weinstein’s case has set the societal and judicial precedent that the abuse of power for sexual purposes is not okay. In fact, it incites the importance of consent. A deterrent effect will pursue; hopefully it will be socialised that such behaviour is not tolerated, making victims claims more legitimate within the body of law and the actual crimes less likely to be ignored.

Harvey Weinstein’s verdict also addresses a broader problem in Hollywood, namely the way production studios and corporations treat their employees. For instance, The Weinstein Company utilise contracts imposing employees not to criticise the company in a manner that could be harmful to either the business or its employees’ reputations. Hence, employees are contractually obliged to stay quiet about sexual harassment in the workplace. The working environment within The Weinstein Company was toxic and unacceptable. It was to the extent that Miramax LA‘s former president Mark Gill admitted that female executives came together in solidarity to ensure no female colleague would meet with Weinstein alone. Circumstances like these led New York Attorney General Eric Schneiderman to file a lawsuit against The Weinstein Company for failing to protect its employees from pervasive sexual harassment, intimidation and discrimination.

Weinstein’s conviction is a victory for the Time’s Up movement, which is fighting for a reality where no one is harassed, assaulted or discriminated against at work. Similarly, the #MeToo campaign, monumentally bolstered by the allegations against Weinstein, was able to demonstrate to the wider population the magnitude of the problem that is sexual harassment and assault. Interestingly, the movement and the hashtag were not limited to women; men also revealed their own incidences of abuse. Of course, sexual assault is a societal wide problem; both women and men are affected.

Besides highlighting Weinstein’s exploitation of power, this case also shows how Hollywood continues to perpetuate pernicious and patriarchal norms. Weinstein’s attorney Donna Rotunno said Weinstein took the judiciary’s hearing “like a man”; alluding that his choice to claim innocence is celebratory. It is not. Furthermore, Weinstein has misconstrued what it means to be a feminist. Weinstein defends himself by claiming he has directed more movies by women and about women than any other filmmaker. Supporting females does not excuse subjugating them. George Clooney and Matt Damon have agreed it is time for Hollywood to move beyond such distorted gender relations.

Overall this case has taught us that societal awareness can transform into societal change. Notably, the state of California has banned non-disclosure agreements in cases pertaining to sexual assault, sexual harassment or sex discrimination – with New York and New Jersey enacting similar laws. Additionally, the US Congress has reformed the process through which sexual harassment is reported. The mandatory three-month waiting period before reporting misconduct, in which individuals would typically be forced to evaluate their experiences through counselling, has been eradicated. From this we must learn that silence is complicity, and by recognising abuses of power, not just in Hollywood but in our surroundings, we will be able to address them and overcome them together. 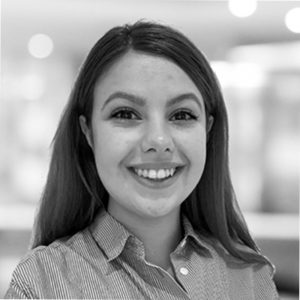