After being a student at Bath for 6 years, I have seen many students, staff, campaigns and officers come and go. For this LGBT+ History Month I have decided to reflect on my experiences of being gay in Bath, and how the LGBT+ community here has developed and grown over the past half-decade.

For anyone coming to Bath as a fresher it is important to find a community, for many LGBT+ people, especially those who are closeted, estranged or from more conservative backgrounds that need is amplified. Like many others, I joined the ‘LGBT and Friends’ group in my first year, the ‘+’ not even being a talking point and the ‘friends’ to appeal to closeted people who wanted to come to events without being outed.

That fear of being outed over the years has reduced as society has become more accepting. In 2014 the need to protect the LGBT+ community was deeply woven into the operation of the LGBT+ group; members’ information was held on a separate server so the SU couldn’t access data that could out people, information and emails were sent from an independent provider and the group had minimal public facing social media. The membership while having representation from each of the L, G, B & T was very ‘G’ heavy, and socials were described as a ‘sausage fest’.

Over the years the experience at Bath for LGBT+ students has massively improved. This has not occurred by magic, it has been the product of the tireless work of numerous students, activists and committee members, and this must be recognised.

Activists like Emily Senft, who over the space of 3 years on LGBT+ committee fought tirelessly for trans students, their access to gender neutral facilities, streamlining the name changing process, running the university Trans support group and running training on Trans issues for other students.

Committee members like Ellen Edenbrow who chaired the LGBT group in my first year, ran campaigns that brought LGBT+ issues to the fore, who brought in and welcomed people like myself and who started the transformation of the LGBT+ group from a gay gentlements club to a thriving queer community that has been one of the few university LGBT groups in the country to have had a committee comprising of trans people and cis women.

The progress over the years has not been all sunshine and light; 2017 saw a student run for SU President on a platform of transphobic policies, 2016 saw the loss of many LGBT siblings in the Orlando nightclub shooting and we saw an increase of islamophobic rhetoric in our LGBT+ spaces as a result, and in 2015 the SU shared photos of an LGBT+ campaign run on campus, outing me in the process.

We have come a long way in 6 short years, and I am happy to be leaving Bath knowing that the experience of LGBT+ students is better than when I found it. I am also proud to have helped shape that transformation. We have a long way to go, but we are getting there. 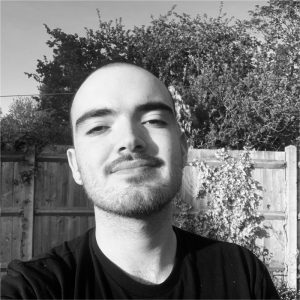