Christopher Hitchens once wrote that the “doomed royal person” faces a hopeless choice: “Give up your freedom and happiness for the crown, or give up the crown for your freedom and happiness” and it appears as though Harry and Meghan have decided upon the latter. This would come as no surprise if the main function of the royals wasn’t being a happy (if not, secretive) family, but as Martin Amis pointed out, that is their sole function. Therefore, it ​was​ a surprise when the happy couple stepped back from their duties, upsetting “the firm” as the Queen puts it (emboldening the clan like nature of the family).

The royal family is a peculiar pet of the British people. As Orwell put it, if you are English your patriotism is unconscious, and when it becomes conscious and focused it surprises you with its hunger. This patriotism focuses itself squarely on the royal family, despite their history of Nazi sympathising, incest, racism and everything of the sort. None of these facts are hidden. Similarly, in the creation of a country you’d be hard pressed to find someone who’d choose a monarchy over a republic; republicanism is preferable to Monarchy in every sense. Yet we keep them around, why?

It appears as though there are two “rational” reasons given as to why we keep the royals around:

1: as a unifying force

2: they are claimed to make a net profit for us, through tourism

For me, both of these reasons are wholly unsatisfactory. Firstly, what good is the royal family doing us as a unifying force right now? We have undeniable friction in every area of life; what it means to be British is disputed on a fundamental level. Some desire for us to isolate and create a new legacy, others hope for a globalised and open Britain, connected to the European Union. Whilst this great debate has been playing its course, what has the royal family done? Prince Andrew has become a prime suspect in a case of sexual assault, making a devil out of himself, or perhaps presenting the devil he is, on national television by seemingly laughing about and underplaying the sexual abuse of children. The queen has exemplified her usual “curious knotting of the impulses” that has always prevented her from showing emotion, as Lacey put it. While Harry and William have done good work for charity, nonetheless, this in no way has this been unifying for our country, and as a taxpayer, paying approximately £334 million a year to fund their personal piggy banks sours the taste of any philanthropy they decide to undergo.

And anyway, who is to say unification is a good thing? Change comes through friction, the ying and the yang, the pendulum swing. Who wants to be unified? Let alone by a tradition of hierarchical hereditism that by definition enforces idolatry based on biology. They are no better than any of us biologically, why then do we choose our head of state based on their DNA? Perhaps for economic reasons. Whilst the taxpayer predominantly foots the royals’ (very large) bill, it is said that “the firm” brings in a substantial amount of tourism that pays for this and more. This is of course debatable. The fundamental problem of causal inference means we can’t determine how tourism would fare if the royals were absent; coupled with this we can’t really determine how many people come to the UK (importantly: that wouldn’t have otherwise) because the royal family ​still exists​. Here I am patriotic too, I do not think that our country would see a significant drop in tourism if the royal family were to abdicate. Our history speaks for us, our tolerance, generosity and appreciation for irony have made us a welcoming people (though perhaps this could be questioned to some extent today), and our monuments, museums, libraries and countryside are more than enough to draw people in from across the globe, regardless of our appalling weather.

In my honest opinion, neither unification or the economy stand up as reasons to keep the monarchy around. And whilst I am able to seperate my patriotism from the family, and while I to say the least, dislike what it stands for, I understand why people cannot, and do like what it stands for. As Martin Amis states in his literary essay ​The Queen’s Speech, The Queen’s Heart​: “They are the glory, not the power; and it would clearly be more grown up to do without them. But riveted mankind is hopelessly addicted to irrationality, with reliably disastrous results, planetwide.The monarchy allows us to take the occasional holiday from reason; And on that holiday we do no harm.”

So whilst it may be irrational for us to keep them around, perhaps that irrationality is exactly why we do. However, in my view, rationality should take precedence, especially when choosing our head of state and when taxpayer money is involved. The monarchy necessarily fears modernity, yet here it is: Harry has married an American movie star, and a coloured one at that (revealing a nasty underbelly of racism amongst the British public), he’s relinquished his role. Maybe this is the beginning of the end for the royal family. Good riddance. 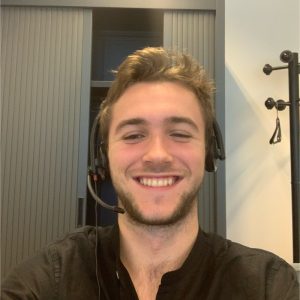 A letter for Tomorrow – if Tomorrow exists for ‘people of talent’