Climate change and housing, buses and mental health: how do we, Bath, solve these issues? Speaking on behalf of their parties, there was Amy Fortnam for Liberal Democrats, Jess Milton for BIG (Bath and North East Somerset Independent Group, the youngest party attending), Joe Rayment for Labour, Tom Hobson for Conservatives and Dominic Tristram for Green.

Without a doubt, there were strong themes of compromise and party alignment when it came to the overwhelming issue of climate change.

Starting this thought, Dominic Tristram raised the issue of Bath only having one Green councillor and therefore a lack of representation of green policies. Tristram declared that the only way in which sustainable policies could be enacted in Bath is through all parties working together with a common objective. He also pointed to how politicians are not willing to promote green policies out of fear of a decline in popularity. More simply put; we suffer from career politicians.

Green ideas are echoed by all the parties, with Fortnam saying ‘almost nothing at this stage can be too drastic’. Rayment was quick to point out that all but one of Labour’s motions were voted down by the Conservatives and the Liberal Democrats, supporting Tristram’s opinion, that the issue of tackling climate change is being severely sabotaged by career politicians.

Of course, expensive housing was also raised, with a question from the audience regarding greenbelt construction – to which all parties responded that there is more than enough brown belt land in Bath to build upon. Fortnam added to this by calling for a removal of the “monopoly power” that Bath landlords wield, adding that as of 1st July this year, it will be illegal for landlords to charge scam fees (fees beyond deposit and rent). Finally, some good news.

A concern raised by a University of Bath fresher was the monopoly on public transport and the resulting disappointing service of First Bus. With all parties imploring the push for the enfranchisement of First Bus, it was Labour’s Joe Rayment who dug a little deeper.

Rayment argued for the repeal of the 2017 Bus Services Act, which prevents local councils from setting up their own bus service. In addition, he raised the beloved idea of trams; a much cleaner and efficient version of public transport. Many residents, however, argue that Bath is ill-adapted for a tram development, considering its geography and world heritage status.

A reassuring premise evolved as the debate expanded; when it comes to green and social issues, all party representatives were largely in understanding. From brown belt building to implementing no-car zones and improving mental health services, they were more or less aligned.

Only one dark cloud was present – Brexit constantly rained on the proposals and hopes put forward by all speakers. Jess Milton in particular frequently and rightfully reminded the audience how Brexit has been over-shadowing all local council actions, making other goals increasingly harder to achieve.

Hobson insisted that Brexit is irrelevant and that small things can still be achieved; as expected, this clamour was quickly shot down by Tristram who declared that our rights of free movement are being taken away.

Rayment concluded by reminding the audience of Brexit’s relevance, and how with less than 10% of the Bath council being Labour, they have achieved great things.

Finally, Fortnam and Milton strongly urged all residents of Bath to get involved, educate themselves and register for the vote.

Why does it matter to you?

So why does this matter, what can we do? The most essential theme to take from any of these opinions is the call to arms of students and Bath residents alike to, as Fortnam put it, ‘pester’ their party representatives. Do as Milton says of getting involved and educated, to actively engage in their local and national politics. Without the passion and drive from all of Bath we will be unable to enact the change we need.

And please, find out what your local candidates stand for, and make your voice heard. 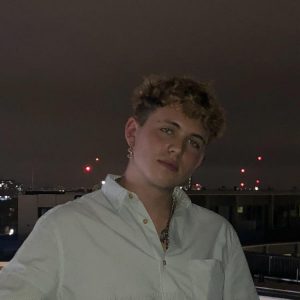