The appointment of Hedi Slimane at Céline in February 2018 was one that shocked fashion industry purists to the very core. Slimane is a creative director who, for the best part of 18 years, has dominated an industry with a style he arguably birthed but certainly perfected. His rock-inspired, LA, grunge-chic is best epitomised by a signature skinny silhouette – the very silhouette the late, great Karl Lagerfeld opted to lose over 90lbs just to fit into back in the year 2000. Having held the position of Creative Director at both Dior Homme and the self-re-styled Saint Laurent Paris, Slimane’s CV is one holding the heavyweight names one would expect to appear on that of Céline’s next architect. The controversy however, remains, and is subjectively justified given the two personalities that have now become one.

Céline, under the adored Phoebe Philo, was arguably a re-moulder and consequential zeitgeist of elegance – consistently refining an aesthetic of grace, expression and function to the extent that it actually changed how women wanted to dress. Yet after a glorious decade at the helm, Philo decided to part with the house, leaving those strategizing at LVMH with a troublesome task of finding the brand’s next leader. Choosing Slimane as her successor, however provocative, appears a good move for business – as those managing houses seek to adapt to a market encroached upon by a populist, hype-driven shift in demand – but what does it indicate about the future?

Slimane once catered to those admirers who now blur the line between Gucci and Vetements – the influence of pop-culture and, the entirely distinct mechanism that Kanye West carries with him, certainly having helped Saint Laurent develop such a broad base, alongside a 300% increase in sales over his tenure. Yet Hedi’s appointment, whilst potentially indicative of newfound success for an already vibrant house, raised fears of a destruction of Céline’s grand heritage – a critique previously levied at Slimane during his time with Saint Laurent.

Immediately after joining Saint Laurent, he abandoned the house’s previous nomenclature – Yves Saint Laurent was no longer and so too was its Paris headquarters. The backlash this received was indeed monumental yet arguably unjustified, especially when considering that Slimane was facilitating a realignment with Mr. Yves Saint Laurent’s initial vision of creating ‘shock’ and muting gender. Fears naturally arise however, now that Hedi has landed himself Céline, a house synonymous with the female form.

Writing a year into Slimane’s direction, he’s already transformed the brand in his own vision – Céline is no longer, all that is left: Celine – an entirely new breed of animal. Celine is now an outfit of ‘after-dark decadence’, with a menswear line that is mimicked precisely for the sizing of womenswear also. His debut was different in every way from Philo’s vision – as explicitly referenced by Slimane in his naming of his debut show as ‘Celine 01’ and his consistent assertion that he is not trying to “imitate the work of [his] predecessor”. This is Slimane’s house in a way that Saint Laurent never was and I found it hard to disagree with the purists who long for the elegance that Philo once delivered. To quote the voice of a generation, in regard to Slimane’s takeover, “I don’t want the beautiful marble and the plants and the colour pallets to turn into Buildings. Tyres. Bags. People.” (Tyler, the Creator, 2018).

Having said all that, Celine 02 saw Slimane almost 180 on everything he alluded to as being his modus operandi in 01. Still subtle reminders of rock’n’roll remained but overwhelmingly, Hedi presented a ‘shockingly bourgeois’ collection – bastardising the styles of old through the use of his signature silhouette. A lux take on Parisian 70s casual wear – with sumptuous hints of Big Sur drives in open-top Coupe de Villes – amongst dashes of rockstar poise; Hedi has perhaps delivered the most important show of his career.

There is once again an infectious buzz around the house of Celine and whilst it is not reminiscent of that garnered by Philo’s innovation of tradition, it is admiration deserved by one of the greats of 21st century couture. Controversial or not, style has reigned supreme. 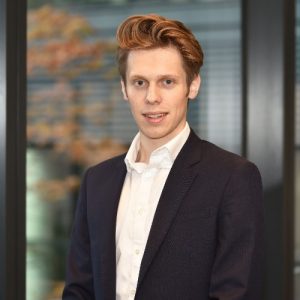 5 Top Tips for Looking After Your Mental Health When Travelling