Trump: A success for the US economy?

Aside from single-handedly keeping the fast food industry afloat and rivalling Lord Sugar’s “you’re fired”, the reality of Donald Trump’s (pre-White House) business acumen left much to be desired. Hailing himself as the saviour from Wall Street rather than Capitol Hill, the truth sings a little more to the tune of six bankrupt businesses and a defunct University, even despite that “small loan of $1 million”. Yet as his campaign mandate falls apart, perhaps the promise to restore the sluggish US economy may be the one truth spoken amongst a fog of deceit.

For the first time since the 2009 crash, average hourly earnings have crossed 3% and 3.9 million more Americans have joined the workforce – the lowest unemployment rate since 1969. But it’s easy to look at these figures and question how much can be attributed to Trump. Despite his controversies, the tax cuts he implemented (worth $1.5 trillion) have caused business confidence to rise to a high of 62 and the stock market to jump to 27% amid a wider $1.4 trillion growth in the economy. However, alongside this, investment is currently rising at the weakest pace in two years and structural unemployment is spiralling in the middle belt manufacturing industry that he so promised to fix. But was that not China’s fault?

The slowest Chinese growth in three decades is undoubtedly going to go to the President’s head; I can already see the tweet declaring himself victorious in the trade war he started against ‘unfair Chinese  trading practices’. Yet in a globalised economy, these tend to create neither winner nor loser and as negotiations look likely to fail, it is expected that over $267 billion of Chinese goods will receive a 25% tariff. For businesses that rely on exports, the counter-tariffs are going to hit hard and could stop the long-needed investment that so many small American businesses need. This is not and will not be a victory to the US economy; instead it is a dangerous game that is foolishly risking a global downturn all in the name of political gain – an incessant record player in Trump’s administration.
This is Trump’s style. In fear of being a ‘loser’, he does not back down, regardless of what it means for millions of people, notably in the context of the recent government shutdown. Trump has grown the US economy at an unprecedented level despite what you might think of him; however, this can’t last too long, as trade war threats and petty political games plague his administration. The longer he puts himself ahead of the country he got put in charge of, the harder this wall of economic success is going to come crashing down on him. 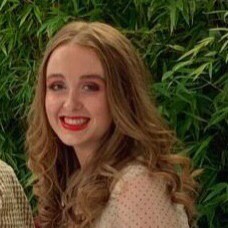