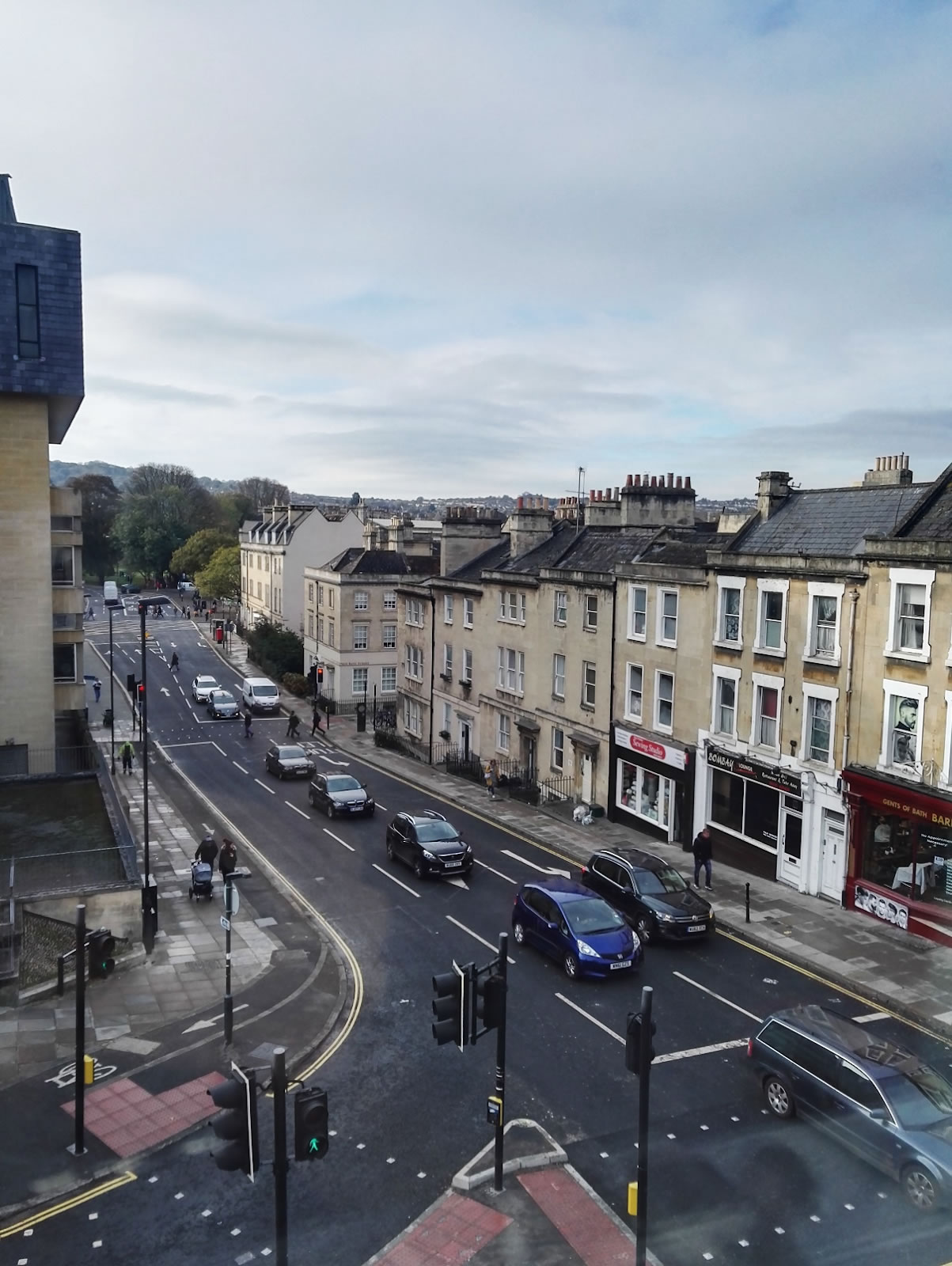 The Bath Clean Air zone is a proposal which could be implemented by the end of 2020 by the Bath and North East Somerset Council. Its stated aim is to improve local air quality and reduce exhaust emissions, as Bath is currently one of sixty-one UK towns and cities with illegally high levels of Nitrogen Dioxide.

Drivers of certain petrol and Diesel cars will be charged £9 for every day they drive within the clean air zone, which roughly stretches around Queens Square to encompass Pulteney Bridge, the Royal Crescent and North Parade. City residents who drive cars that fail to meet the required environmental standards will be among the hardest hit by this policy and a discount for city residents was considered. However, modelling suggested that a blanket discount would render the policy too ineffective to meet the legal environmental requirements that have precipitated it. Instead, the council is proposing several exemptions from the charges to protect some vulnerable groups such as disabled drivers. Additionally, non-conforming lorries, coaches and buses will face a £100 charge for every day in which they drive inside the zone.

Bath is 1 of 61 UK towns and cities with illegally high levels of Nitrogen Dioxide.

Some First buses are too polluting

This project for better air quality notably motivated the (now surely world-famous) changes to the U1 bus route at the start of term. The core 8 U1 double decker buses do have Euro-6 standard diesel engines and, as such, are exempt from the fine. However, in peak times another 17 buses can run, which use the more polluting Euro 2 and Euro 3 engines. According to the Council’s cabinet member for transport, Mark Shelford, “Most of the buses operating on service U1 at the start of the year were new double-deckers” but “First have been operating more articulated buses in recent months”. It seems that First Bus were in the process of re-organising their fleet of buses when (in April) the Council first unveiled plans to combat poor standards of air quality. The changes to the bus route were the fallout of these conflicting objectives.

This policy follows the national trend of increased environmental awareness. The £12 million it is expected to raise in 2021 would be used to fund green infrastructure, such as the provision of electric vehicle charging points. This project seems to be motivated entirely by a desire to improve environment and the quality of life, though it is likely that the government’s threat of fining the Council if air quality did not improve by 2021 has provided a strong impetus.