The other day, I stumbled upon this article. It was horrifying yet disturbingly familiar, and particularly poignant given my previous post. For those who have not seen the coverage surrounding the event, a teenager from Cork had her underwear used against her in a rape trial. The barrister representing the defendant, who was found not guilty by the jury, exclaimed: “You have to look at the way she was dressed. She was wearing a thong with a lace front”, insinuating that the alleged assault could not have been rape as her clothing suggested she consented. This line of argument is frequently used by defense attorneys and builds upon the myth that what women wear somehow makes assault permissible. However, let’s get one thing straight: if someone sexually assaults another person, there is no excuse. The onus is entirely on the perpetrator.

A top with a tea cup on it does not, in any way, suggest that they want tea.

Nonetheless, having been on jury service, it is not just myths like these that fail victims of sexual assault and rape; in my opinion, it is the criminal justice system. If any member of the public was subject to this monstrous behavior, I would want the guilty party to face the full power of the law. Yet if someone I knew decided to press charges, would I have full confidence that the wrongdoer was going to be punished? Probably not.

Firstly, the courage it takes to report the incident in the first place must be enormous. Having been through the ordeal, deciding to then re-open the wound is an option many can’t bear. They fear the re-traumatisation it would incur, the impact on their relatives and friends, potential threats by the culprit and the disbelief from the justice system of their account. One study found that this anxiety causes 80% of victims not to report their experience to the police. Those that do may either file a lawsuit months or years down the line, or drop out as the process progresses (or halts).

Those who do end up getting to the hearing must then relive their nightmare all over again; something I was witness to when I was a juror. They must stand on a raised platform and get grilled by the defense, whilst the man or woman that violated their body sits in the dock staring at them. This is where you can begin to see the flaws of the legal system. Due to the post-traumatic stress the victim is inevitably feeling, they are unable to give full or detailed answers – they may have made a conscious effort to forget the events of that day, making any evidence they give vague or inconsistent. They may seem emotionless as they don’t want to show any signs of weakness. Ironically, the psychological effects of sexual assault can then be used to undermine the validity of the claims made. If the defense manages to evoke even the slightest amount of doubt in the jury, then the decision has to be not guilty.

Furthermore, if the victim did not immediately go to the police, it is unlikely that any vital evidence was collected. Again, this is used to weaken the prosecution’s case: ‘anyone could come to court and make a claim against someone else! Where is the evidence?’ is essentially the comment made. This is where the criminal justice system really falls short, as for a jury, the word of one person is not enough to make them 100% certain of guilt, especially if there were no witnesses, as would be the case for any criminal proceeding. In this scenario, even if it’s not what the jurors truly believe, the only verdict that can be given is ‘not guilty’. This was the situation I found myself in when I did my jury service, and it is a decision I have had to psychologically battle with ever since.

What can be done? My first suggestion would be educating jurors so that they do not believe the ridiculous myths presented by the defense. However, I would like to think I’m fairly educated about this issue and if anything, for me, suggesting something like clothing provoked an attacker would undermine the barrister making the claim. What really needs to happen is an open discussion with victims, to find out what justice really means to them. If the court does in fact end in a conviction, but at the expense of someone’s mental health, is it really a success? We also need to evaluate how we can help those who do not have any evidence to back up their story. Either way, something needs to change, as what we have now is not working.

As published on the contributor’s blog, https://thinkthoughtthunk839704629.wordpress.com/ 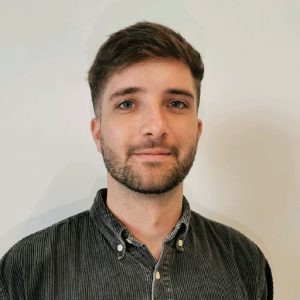 An Interview With An Hecho Seller

Cancel Culture Needs to be Cancelled