People. People everywhere. United in one cause: ‘A People’s Vote.’

Despite being less than six months away from officially ‘Brexiting’ there are many who are not content with the current political climate in Westminster. Today the notorious ‘Forgotten 48%’  marched on Parliament to demand a final say on the terms of Theresa May’s Brexit deal, including an option to remain inside the European Union.

Forgetting the Iraq War and Donald Trump demonstrations, London has never been busier. And at the heart of today’s protest were students. Thousands of them,seeking to have their voices heard, for it is their futures hanging in the balance. Those who wish to enjoy the luxuries of working within the EU, or inter-railing across Eastern Europe, stress free.

But it’s not just British students who will struggle to adapt post-Brexit. Using Bath as an example , where thousands of international citizens come each and every year to work, study and even holiday. What will a post-Brexit future hold for them? This is a question Theresa May can’t even answer.

Speaking to Zoe, a French National studying at Bath, she made her concerns clear, saying “I am unsure about my future in the U.K., whether I will be able to stay in a country I love, working here.”

Further, while speaking to Bath resident and Cardiff University student, Abi, she mentioned her motivations for the March, stating “75% of young people did not vote for Brexit, I therefore feel a sense of responsibility to march for my fellow youths.”

Today’s Bath contingency was headed by SU President Eve Alcock, who is an active spokesperon For Our Future’s Sake, which is a “young people & student-led anti Brexit campaign, fighting for a People’s Vote on the terms of the Brexit deal.” On their website, they encourage supporters to, if they’re feeling angry about the situation, to contact their MPs, try to influence the Labour party or just mobilise, all of which seemed fitting on this riveting day.  Aside from us, there were some bigger names who took to the stage. Alistair Campbell made an appearance, alongside Delia Smith, who I was lucky enough to have an interview with:

Is the People’s Vote important for the whole of the electorate rather than just the youth?

“I think it’s important for everybody to vote, to vote for the young people of our country. If we’re going to make [the UK] a better place, we need cooperation between countries.”

What’s the worst thing about Brexit?

On a slightly separate tone, I was also able to get the real journalist questions in while waiting for speakers to begin. One of the Bath Time contributors, Orla, decreed that if she had to snog, marry or avoid the Brexit front people, it would go as follows:

On a serious note, the People’s Vote March today gave a strong message to the rest of the country and to the British government. Surely, if we are to get the best possible Brexit outcome, the deal will have to come back to the people. For we did not have all the answers then, just as we still don’t have them now. 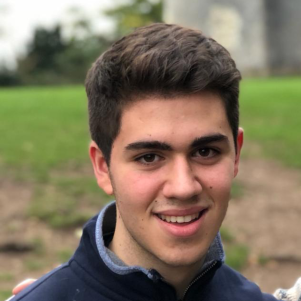 “Student Crisis” Or Students In Crisis?