The Importance of Black History Month.

A guest article by Ruqia Osman of the University of Bath African and Caribbean Society.

October. Changing seasons, changing colours. With the buzz of summer dying down, we need to get used to returning to our everyday lives and wearing multiple layers again. As the end of the month approaches, and we reach Halloween, you suddenly realize that it’s Black History Month, and wonder why you didn’t hear about it sooner. The reason for this is simple. There isn’t enough conversation regarding Black History Month. Every year it takes people by surprise, me included. It goes by so fast and we often don’t do the things that we want to do, this is a bigger problem in areas that are less diverse in population.

This year I want to change that. Black History Month is significant for many reasons. It’s a month of celebration, coming together and continuously learning new things about a culture you perhaps weren’t familiar with before. Black History Month is not exclusive to people of African or Caribbean descent, Black History Month is for everyone. This month in particular, is the time where we need to be more focused on opening up the conversation and discuss topics and issues within our communities that are often overshadowed.

What is the first thing you do when you meet people? You form an instant judgement in your head.  It’s something we are all guilty of. At this moment, the majority of media coverage that is linked to the Black community is the ongoing case of police brutality in the US, and the rate at which violent crimes seem to be rising in London, with a lot of young individuals getting involved in gang culture, drugs, and knife crime.  This type of coverage alone paints a bad picture and creates a negative stereotype of people from African or Caribbean descent.

Let’s change the perspective and talk about topics such as Natural Hair. This is an important topic that has only recently come to light in mainstream media, the Black hair industry is estimated to be worth billions of dollars. A large portion of this comes from the sale of weaves and wigs- when you look into the reasons for this, you will find that the underlying reason behind this is something more sinister than what you would perhaps expect to find.  For years, western beauty standards were pushed onto ethnic minority groups, and generations grew up thinking their natural hair was ugly or their skin was too dark to be considered beautiful. This is something that is still relevant in many countries across the world today, including my own country, Somalia where a lot of young girls often turn to harsh chemicals to bleach their skin, so they can meet the world’s standard of what is considered ‘beautiful’.

Female Genital Mutilation. FGM. Another topic that has been brought to light in the media recently but is not being talked about enough. My home country Somalia has the highest prevalence of FGM in the world at a staggering 98% (UNICEF). Over 200 million women and children have been affected by this barbaric procedure worldwide and the complications that arise from this mean that a lot of girls suffer from harmful consequences including HIV, infections, shock, impaired wound healing, psychological consequences and death.

The current media coverage and outrage on the ACTIVE slave trade in Libya momentarily took the world’s attention. Over 20 million people in the world are caught up in this trade, and not enough is being done to stop this.

We need to be talking about why Black and Minority Ethnicity (BME) individuals are underrepresented, not only in higher education and at higher ranking universities but we need to be talking about why less than 1% of professors in the UK are Black.  The reason as to why there is such severe underrepresentation of BME individuals in academia, as teachers in schools, or as lecturers also needs to be investigated.

This year, the African and Caribbean Society at the University of Bath is planning to make an impact by starting a new initiative. Our end goal is to not only have an impact on our campus, the local community, or the country – we want to have a global impact. Unity is the way forward, which is why we place so much emphasis on coming together as a group of students and reaching out to the local community to see how we can help. We want to be working with local businesses and reach out to as many people as possible and be a place where people can come to learn about different countries, cultures and try food from different regions across the world.

We have a lot of plans for Black History Month, including Natural Hair Day on the 17th of October, the launch of our fundraising campaign on the 18th of October (which is also International Slavery Day), on this same day there will be a lecture where Kehinde Andrews will be speaking. There will be a variety of other events including documentary screenings, networking events and talks. We also aim to showcase talent through ACS DANCE, which is an infusion of dances from various parts of the African continent and the Caribbean. We are planning on hosting more educational events, career orientated events, fundraising events and performances through out the year and want to inspire more young black individuals to apply to university. 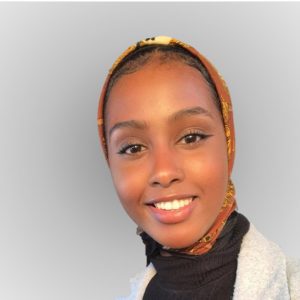 Oxford Admits More Women Than Men For The First Time — But How Much Difference Has It Made?

An Interview With An Hecho Seller