Having opened its doors in February 2015, the Edge building on the East side of campus promised a new facility that would feature rehearsal studios, performance spaces, teaching facilities, and much more, as it “encourages and supports participation and achievement in the creative arts”. Valued at £10.9 million, the building offered a lot of promise for the many students that wished to pursue the arts alongside their degrees. Three years on, the quality of the relationship between students and the Edge is hotly contested. This year, the SU’s Top Ten explicitly aimed to “improve space provision for students” in the Edge, “especially when students are not prioritised over commercial bookings and conferences”. With that in mind, how exactly is the Edge run and what can be gauged from the student experience there? 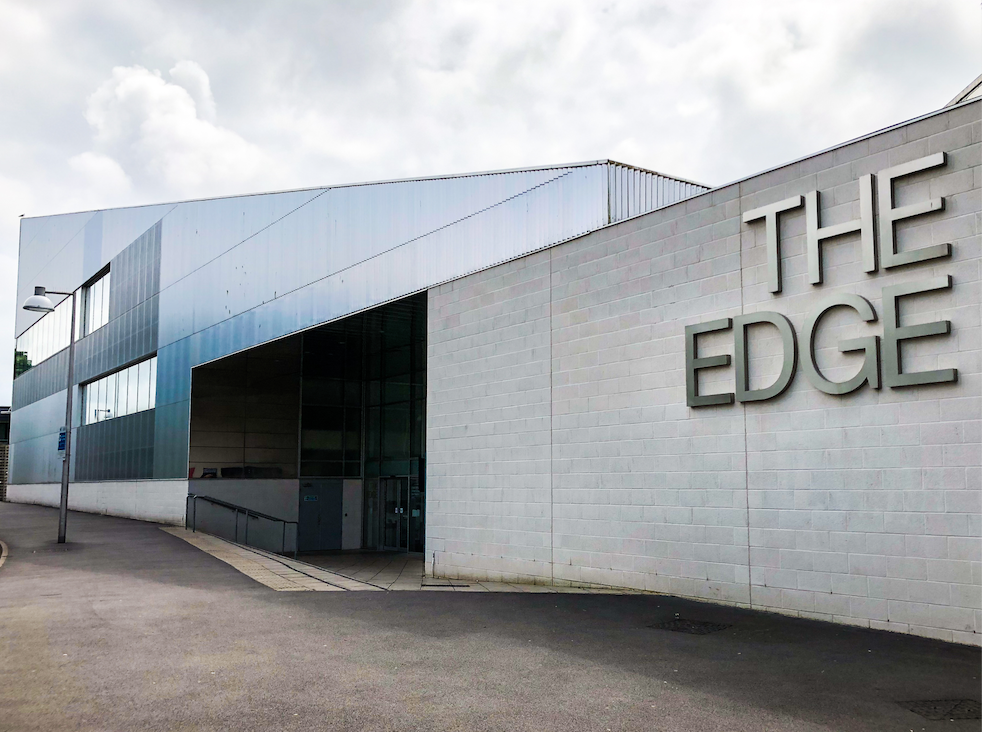 When I first began compiling background information on this topic, an immediate issue that arose was the lack of transparency with who exactly runs it. In a nutshell, two main groups operate the Edge; the Edge Arts and Accommodation and Hospitality Services (AHS, or in this case, more commonly referred to as Edge Operations).  However, it is not always clear where the remit of one group starts and the other ends. The result of this is that finding a clear figure on exactly how much the Edge spends and where this money comes from is a somewhat convoluted process. This lack of clarity between the two branches is symbolic of the wider student experience with the Edge on all levels.

The Edge Arts were able to offer Bath Time an overview of their expenses, although it is important to note that these figures are largely approximations and may include some activities beyond the building itself. The building’s annual depreciation, essentially the amount it devalues over time, is put at a constant £306k; up from initial estimation of £280k in 2017. The exhibitions at the Edge cost approximately £34k, often using the gallery space on the ground floor of the building. In total, the University spends approximately £750k on the Edge a year.

Ultimately, the Edge have undoubtedly faced a problem that is rampant across the University; the marketization of higher education. Edge staff reported consistently facing pressure to make cuts and use increasingly smaller budgets. In part, this has been set by precedent, with some staff relying on the system that had been set by whoever had started it when the building first opened. However, the pressure from overarching University management is clear. The money allocated to the Arts group has reportedly decreased since the Edge opened, with pre-Edge spend estimated at £800k, despite consistent demand from students for arts facilities.

Any income is highly encouraged, resulting in the creation of music room practice cards for students who wish to hire practice space. At £15 for a card, the scheme has generated around £5k for the Edge. That being said, it is clearly a drop in the ocean compared to Edge expenditure, calling into question the need to continue the scheme as it is appears to be yet another additional unnecessary cost for students.

Furthermore, the pressure from the University transfers into how space at the Edge is allocated. Even with an Edge practice card, difficulties with hiring the space for individual student use have persisted throughout the years. “There’s been 3 occasions where I’ve turned up for my practise room session and they’ve told me I’ve been double booked,” commented one Edge music scholar.  Ideally, space at the Edge would be largely used for student arts during term time and then hired externally during the holidays. However, pushes to gain as much income as possible has made this difficult. One way that the Edge gains income is from hiring out its space to other departments in the University for teaching or meetings. Teaching at the Edge has brought in approximately £50k over the past year. That being said, this is far from unproblematic. Firstly, the facilities at the Edge have not always been designed for lecturing. “You can’t write properly”, commented one student, lamenting the lack of desk space available and the difficulties left-handed people faced on the push up tables in the Arts Lecture Theatre. The income from lectures all comes from within the University; adding another layer of complexity to University finances. This might not be the case for much longer, as the University is reportedly aiming to reduce the number of lectures held in the building, as well as plans in motion to relocate the School of Management out of the building entirely. However, one facet of the Edge that relies heavily on departmental bookings is the Edge café, which is reportedly only able to break even due to catering for staff-led events within the building.

More damaging for the arts societies are the occasions where the Edge has faced University pressure to prioritise non-society bookings. This was most keenly felt with the “Bath Taps Into Science” week that was held in the Edge this year, leading to some previously booked society performances having to be rescheduled or cancelled. The event was a “science festival which focuses on exciting and enthusing young children and families with science and engineering, largely organised and funded by the University. Despite predominantly being an Arts building, the Edge was chosen as the venue. Affected by this event was the Choral and Orchestral Society, ChaOS, which had booked in their March 2018 Formal Recital over the Summer of 2017. In December 2017, the society was informed that Science Week would now be held during this time instead. ChaOS were offered to reschedule the event during the second week of term, however this did not offer enough notice to organise auditions or practice. A dressing room was offered; however, this was booked for a month after the event itself. “Science Week was an absolute mess, and it’s just insulting to student groups to have planned events months in advance based on provisional dates only to have them taken away”, commented ChaOS Chair Mark Williams, “we put in our show booking requests up to a year in advance of an event, so it’s astounding to me that Science Week was able to be thrown in at such short notice, disrupting not just us but many other student groups.” The formal recital was ultimately cancelled as there was no suitable alternative available.

That is not to say that all society experience at the Edge has been completely negative. Tom Dolton, Chair of MusicSoc, commented that “the Edge Ops team and Box Office staff have been very helpful for MusicSoc this year, helping us to book extra rehearsals and organising regular meetings to discuss any concerns. There have been serious problems in previous years, but these have largely been solved by good communication and understanding.” Hannah Steiner, Chair of BUSMS, echoed Tom’s sentiments and further added that “facilities have been fantastic for organising rehearsals, and especially for large room bookings”. However, she continued that “we have struggled most this year with access to our instruments such as the keyboard, which are stored in a key card access room to which we can only get in at two 5 minute intervals during the day. For a society this is hugely impractical, as most of us have lectures and cannot be expected to carry around (or leave early to collect) something that big.” Society usage may be improving as the years go on, but it is clear there is still much to work on, with rules implemented that may often appear pointless.

When it comes to looking forwards, SU Activities Kim Pickett added, “Over the past few years the main issues with The Edge have been communication, regular cancelled bookings as well as double bookings and student priority. However, this issue being on the Top Ten has helped to create more student time within the Edge, especially for 18/19. Whilst we have had priority for the time allocated for 18/19 and relationship with The Edge Staff and the SU has improved over this year, there is still certainly work that needs to be done to resolve the current issues which societies/individuals face such as music practice cards, access and the fact that the theatre is being used as a lecture space. This makes accessibility to arts very much ironically, not so accessible. However, I am very excited to be working very closely with The Edge staff for another year to ensure we get the most efficient use of the space and students get prioritised.”

Nik Irvine, Edge Operations Manager, commented the following; “‘the Edge is the hub of creative life on campus, with lots of opportunities to see new things and get involved, whether it’s visiting the free exhibitions, seeing a show or learning something new. From rehearsal rooms, performance opportunities, music tuition, dance classes and visual art workshops – everyone can get creative. The state-of-the-art building provides rehearsal and performance spaces for students, a professional strand of exhibitions, talks and performance to engage with, and an Arts Scholarship programme for individuals to further pursue and develop their talents. Edge Arts Community is our free membership open to all University of Bath students, with exclusive discounts, free regular workshops and socials, great for keeping up to date with what’s going on, trying out new things and meeting other like-minded arts-enthusiasts.

We work closely with the student body and the Student Union to provide practice, rehearsal and performance space which accounts for approximately 70% of all usage during term time. When general teaching and student attendance at Edge Arts classes are taken into account, this figure rises to approximately 80% of total usage. We look forward to continuing to work closely with all students in the coming years.”

The Edge remains something of an enigma, serving an important function of pursuing the arts at the University, yet the ambitious facility has not quite fully grasped a position on campus where it draws a large number of students in and can be viewed as a profitable investment of University money. Between the branches of management, convoluted finances there remains glaring holes in the prioritisation of students and their experience in utilising the Edge facilities. The overwhelming precedence of turning profit remains the dark cloud that governs the future of the facility and the role it will move to play in the future. The initial vision of the Edge ‘that encourages and supports participation and achievement in the creative arts’ appears to not have completely materialized as imagined, leaving many students eager to pursue an arts career standing, quite literally, on the edge.

EU Referendum: A Tale Of Love, Loss And Desperation