Oxford Admits More Women Than Men For The First Time — But How Much Difference Has It Made?

The University of Oxford is a world-renowned university that consistently ranks very highly in both national and global leagues. Although it is recognised for its high quality teaching, it is also seen negatively as an archaic institution that has problems catching up, one of which being ‘updating’ student demographics. 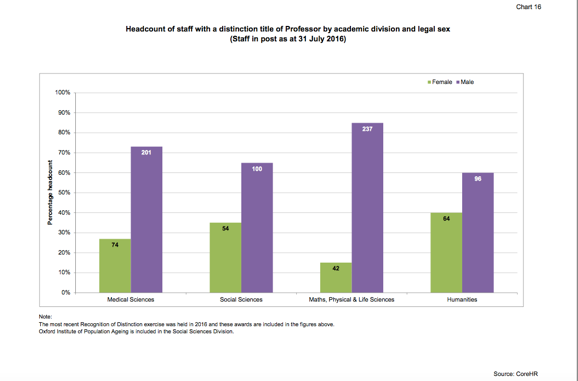 According to the latest UCAS figures, 1,070 18-year-old female UK students started their first terms compared with 1,025 of their male counterparts in Autumn 2017. The first admission of a female applicant to the male-only colleges of Oxford was in 1974 and the first female admission ever was in 1920, so this timeline could be seen as a relatively rapid step forward in terms of representation. In addition to this, among more female applicants from the UK were admitted to undergraduate study than men, despite fewer applying than their male counterparts.

Well done, Oxford. A big hand to you. Unfortunately, however, the applause can only be short-lived. This statistic, while a long time coming, excludes EU and International applicants. Not only that, but the professors at Oxford are overwhelmingly male, as shown by the staffing figures of 2015/16. How much can we celebrate that one of the most respected and revered universities has only just made this breakthrough when their teaching staff is significantly imbalanced?

Having a balanced gender distribution across the board, from students through to senior lecturers is so important for the quality of the education as well as the representative impact. While this article is not condoning the use of quotas, it looks like unfortunately, we are still in a place where they might have to be considered.

Returning to students, the Chief Executive of UCAS, Clare Marchant commented on this issue: “While progress continues to be made in widening participation, particularly at universities with a higher entry tariff, large disparities remain between the groups entering higher education generally, and at individual universities and colleges.” This could be a comment on class as well (another contentious issue for Oxbridge), but if the highest authority in university application decrees the current situation as unseemly, then surely something along the way has gone wrong.

A potential improvement would be making the application process more transparent; aside from the entrance test and graded papers, the interview itself is quite abstract in how it whittles down prospective candidates. For many students, their place at one of the Oxbridge colleges rests in the control of very few professors, all of whom have had different experiences and require different traits. If the majority of professors are male, does that not majorly distort who gets awarded a place depending on whichever bias the (70:30) lecturers choose to exercise?

Although the news of more British female candidates is promising on the surface, one only has to push a bit further to find that Oxford still has a long way to go to become truly equal. While it may provide excellent opportunities and environments for ambitious young people, it is clear that there remains a lot more change to be made before it can be considered a democratic presence in modern education. It is also worthy of noting that according to the Times Higher Education survey across the majority of UK universities, 45% of academics are women but only 23% are lecturers. Even if Oxford is the one to take the blame, it could also be the starting point in pioneering a movement of change to a more equal academic environment.

Darcey Stickley is a final year Spanish & Politics student and Editor-in-Chief for 2020/1.

The Importance of Black History Month.