This is the first section of a two – part investigation conducted by Bath Time.

‘My morning consisted of setting an alarm for 9, taking the tablet and going to bed for 30 mins. Once it kicked in I’d get up and shower and have a coffee. In the shower I’d instantly feel it, like I was so wired’. That’s the daily routine of one management student who took Modafinil, or the ‘Limitless Pill’, for a solid 2 weeks during exams. He’s just one of a growing number of students turning towards ‘study drugs’ to aid them with their studies.

The colloquial term, ‘study drugs’, is used to refer to drugs that have cognitive enhancing effects, the most popular being Modafinil and Ritalin. Despite being introduced in the early 1900s, these ‘study drugs’, also referred to as ‘nootropics’, have recently seen a spike in usage. Whilst students used to take a variety of narcotics to get high, it seems they are now taking drugs to get smart.

Originally created by the French chemist Michel Jouvet in the late 1970s, Modafinil has been available in France since 1994, under the name Modiodal, and in the US since 1998 as Provigil. It was later approved by the UK in 2002. It’s largely used to treat narcolepsy or for sufferers of shift work sleep disorder, and has been introduced to special parts of the US Air Force to help with missions.

The main mechanism of Modafinil is to alter the levels of orexin in our body, a hormone that regulates our sleep. Those who suffer from narcolepsy have a lack of orexin. Modafinil works to counter this. It also increases the histamine, norepinephrine, serotonin, glutamate and dopamine in the brain, all of which promote wakefulness.

However, narcolepsy is not the reason a lot of students use, or have heard, of this prescription drug. All the neurological molecules mentioned also help improve concentration, short-term memory and brain plasticity (the ability the brain has to change). It is for these reasons students use Modafinil during exams, and often compare it to the ‘Limitless pill’, borrowing the term from the film, ‘Limitless’.

Ritalin, synthesised in 1944 by the chemist Leandro Panizzon in Switzerland, was introduced into the US market in 1956 and first used to treat Attention Deficit Hyperactivity Disorder (ADHD) in the 1960s. Also known as Methylphenidate, Ritalin similarly increases the levels of dopamine in the brain. It is thought that sufferers of ADHD have too many dopamine transporters, which our brain uses to reduce dopamine levels; Ritalin is used to block these transporters. Whilst dopamine heightens our feeling of pleasure, it also increases short-term memory and concentration. There is no surprise then, that students without ADHD have found a use for this medication during exam period when the need to focus is essential.

1 x 200mg tablet in the morning, sleep for an hour, wake up and you can focus for the rest of the day. That seems to be the daily routine for students that use Modafinil, or similar study drugs. Describing the feeling to be similar to a ‘really, really intense coffee’ one student claimed that whilst the medication was working, he’d ‘feel incredible’, which he believed was most likely due to the ‘huge dopamine rush’. Another student, studying politics, told me that he’d sit down at his desk at 6:05am and ‘work head down for 4-5 hours’ and in that time, he’d be a ‘bloody machine’.

But, all is not ideal as it appears. One of the main side effects cited by a second-year student came in the form of ‘bad mood swings’. One student spoke about the insomnia that came with taking these ‘smart drugs’. Although his body could rest, he struggled to become fully unconscious, it was like ‘trying to sleep on a plane or in a car. You drift in and out but never properly sleep’.  A fresher also stated that her consumption of Ritalin made her ‘so tired’ it made her ‘an emotional wreck’. This could be explained by the extreme changes in the levels of dopamine and serotonin that the brain experiences whilst taking this medication. Due to the brain becoming unusually alert, some students found that they became paranoid. A sociology student spoke about how it made him feel ‘on edge’ all the time, always aware of what was going on. Similarly, a student in her first year told me that she felt ‘very anxious’ because her mind was ‘always ticking away’. Sources have also described a significant loss of appetite. One student I interviewed said that she ended up becoming ‘sick, very dehydrated and achey’, presumably because of the lack of nutrients and vitamins being consumed.

Many students that take these ‘nootropics’- a term coined by the Romanian chemist Corneliu E. Giurgea meaning ‘mind-affecting’- start to feel antisocial as they simply want to focus on one thing, and that tends to be their studies. This could be linked to the dopamine rush and the consequent feeling of reward you get when studying. A masters student said he felt like ‘social interactions didn’t matter, and they were a waste of my time… I felt more isolated. I would avoid conversations and just keep it to small talk, trying to bore people off with the amount of work I have and go into specifics’. Likewise, one student ‘didn’t want to talk to anyone’ because she ‘just wanted to focus’.  However, when put in a social situation, one sports and social sciences student found it ‘difficult’ as he was ‘overthinking’ what he was saying. 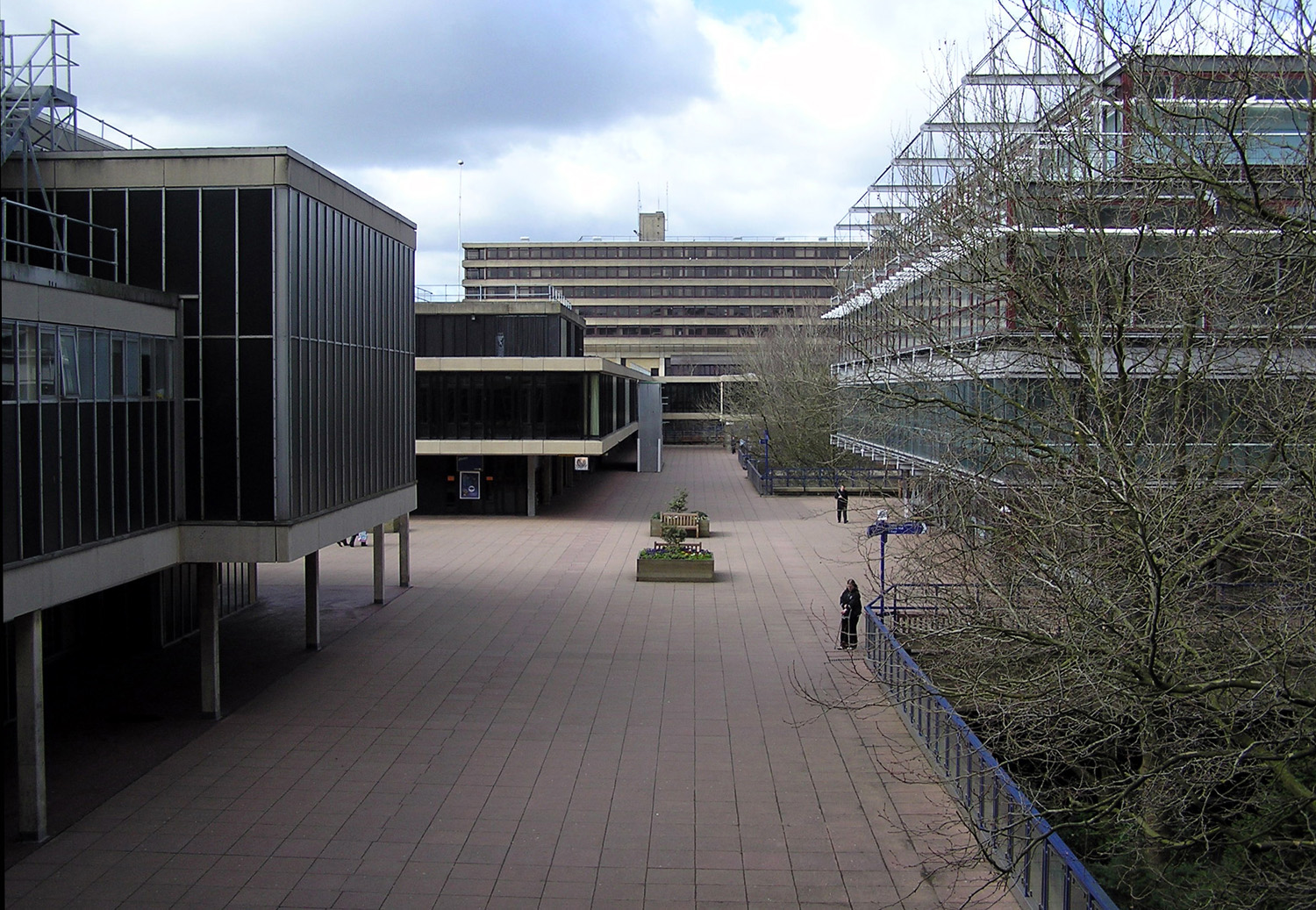 However, the main concern scientists and doctors have is that there have been no long-term studies on the use of these drugs. Although in the short- term these drugs may seem very useful, whilst at university our brains are still developing. Using drugs such as these could damage or inhibit this development in ways that are currently unknown to us. Professor Tim Hales, the head of neuroscience at Dundee University concurred with this, stating: ‘In the short term some of these drugs may not be harmful, but we don’t know about their potentially harmful cumulative effects. Different students will respond differently, particularly when taking other medications, alcohol or recreational drugs at the same time.’

Despite numerous requests for a statement the University Medical Centre did not provide Bath Time a comment.

The University’s response was: ‘The University does not support the un-prescribed use of so-called ‘study drugs’. Any student who has concerns about drug use, or any other issue, is encouraged to seek confidential help from the University’s Wellbeing Service. Drop-in is available every day at the Student Services Centre in 4 West – no appointment is needed. The University of Bath takes the health and well-being of its students extremely seriously and works closely with its Students’ Union to ensure there are a wide range of services and advice for students including counselling, mental health support, comprehensive pastoral care, disability support and hardship funding advice.’

The Student’s Union likewise gave a statement: ‘The SU strongly advises any students considering the use of ‘study drugs’ to come and talk to us in The SU Advice and Support Centre or to go to the Wellbeing Team in Student Services. We advise that students seriously consider the implications of using ‘study drugs’ from both an ethical perspective and in relation to the potential impacts on personal health and wellbeing.
The SU understands that university can be demanding on your time and mental health and therefore we suggest that students feeling overwhelmed or pressured to use ‘study drugs’ should make use of the services available on campus. Services can include talking to staff at the SU Advice and Support Centre or at the University Student Services (Mental Health and Counselling Service and the Wellbeing Team).  Details of these services can be found at https://www.thesubath.com/advice/ or http://www.bath.ac.uk/departments/student-services/ . Evidence shows that there are many side effects and potential fatal risk to using any medication that has not been prescribed to you by a doctor and The SU strongly advises that this is not a risk worth taking.’

To read the second part of this investigation click here.