Sport’s Collision Course with Politics: Why 2018 May See a New Type of Athlete

Whether it is the National Football League (NFL) or the National Basketball Association (NBA), and whether it is national rugby or major tennis tournaments, every sporting occasion provides an arena for massive public entertainment and a collective escapism from everyday stress. Sports personalities and their actions are scrutinised by an army of the young and old, the patriotic and the disillusioned, and the most iconic amongst them are at the forefront of national discussion. For this reason, tensions between primarily black NFL stars protesting the gruesome police brutality against young black bodies and that of a conservative establishment headed up by Donald Trump have become such a media frenzy.

Symbolism can divide nations. In the country where war was fought between South and North under the star-spangled banner and the stainless banner; another war is fought by black and ethnic minorities, gay and trans, immigrant and native, and communities of all types against the direction of Trump’s administration. The #TakeAKnee movement largely inspired by Colin Kaepernick, the former 49ers quarterback, has resulted in countless scenes of the U.S. national anthem being played to the sight of kneeling sportsmen.

Maybe this is not entirely without precedent. The power of celebrity to push a political agenda has historically been harnessed by Muhammad Ali and John Carlos’ famous black power salute at the Mexico City 1968 Olympic Games. Sportspeople, as with others, who are granted the most public platform available – the international media – have a duty to use their platform, to shine a light on burning injustices and to promote values of equity, respect, and tolerance.

The Dallas Cowboys owner, Jerry Jones may perceive said actions as ‘disrespect’ to ‘the flag’ but is it not a greater disrespect to pretend one’s nation is infallible and ignore its genuine flaws? Colin Kaepernick clearly feels so, saying: “To me, this is bigger than football and it would be selfish on my part to look the other way.” In this current climate of rising nationalism, with racism and inequality as the major issues of our time, perhaps the intersection of sport and politics will transform the role of athletes.

For our generation at least. 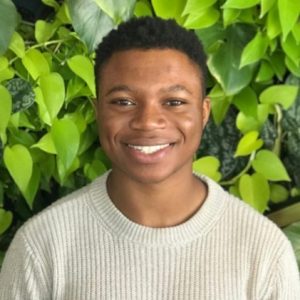