Today, the opening of the referendum surrounding the scandal over 100 students gather for a debate over the coming vote. The debate was left open to the audience after an introduction from SU President Ben Davies, highlighting the context and history of the scandal and events surrounding it. From this, an enthusiastic discussion of free car loans and biscuits quickly began. 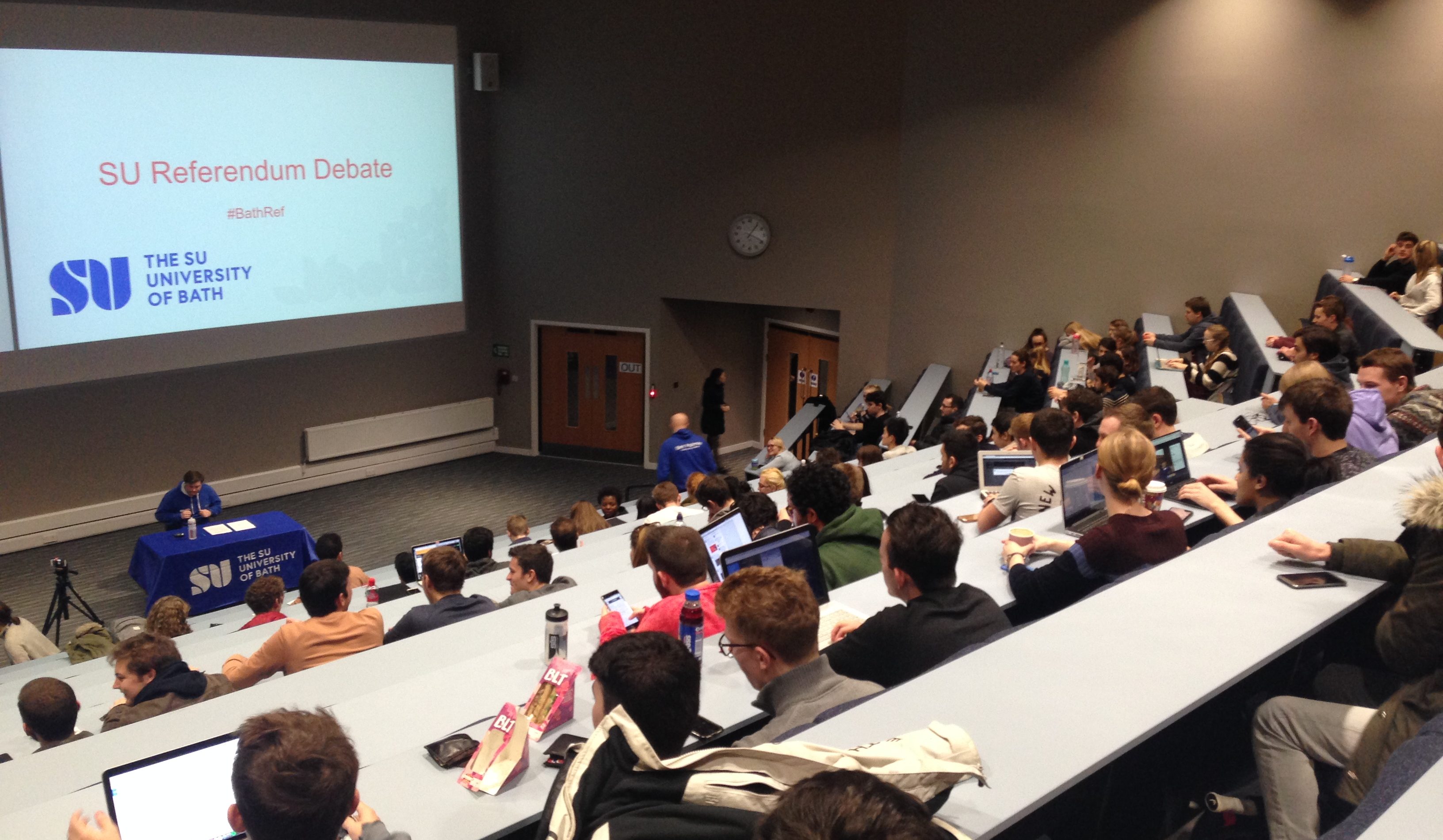 It was made clear by the lack of opposition to the statements up for debate how unified students were on this issue. Made clear by the first contribution, debating the format of the transition occurring after the VC leaves, the inevitability of the removal of Glynis was from then on a universal assumption; punctuated by the comment “she knows she’s on her way out”.

Given there was an hour to fill, debate quickly shifted as to whether the VC scandal is a result of poor decisions around remuneration or whether it was a wider question of performance. The crowd-pleasing question, “what does the Vice Chancellor actually do?” was asked with the exact emphasis on “actually” you would hope for. Whilst some emphasised the VC’s performance, referencing performance in league tables, this was quickly countered by arguments from PhD students who highlighted the role of staff and students in the advancement of the university.

The debate then moved to the discussion of the Vice Chancellor’s role, with some suggesting it is simply the position for a figurehead and a brand representative of the University. It became clear from stories of students being interrogated in supermarkets, the publicity received following Lord Adonis’ speech, and the questioning ambassadors receive from prospective students over the issue that our VC is not furthering, but tarnishing the brand of our University.

One, admittedly brave, student chose to argue that the Vice Chancellor should be on the remuneration committee as the leader of the University and that there have been decisions made in terms of investment that have led to some degree of success.The audience remained silent, presumably given the aforementioned failure to invest in an ever-crowded library and the lack of transparency surrounding the remuneration committee.

However, the emphasis of the debate stuck to the enormity of the issue we face. It was said, should a student body manage to contribute to the removal of a Vice Chancellor, that Universities and their governing bodies across the country will be pressured to prioritise their students in their decision making; not their own back pockets. Such an action would also empower students across the country to speak up and not tolerate the exploitative behaviours of governance.

Why England Should Be Looking To Spain For The Educational Revolution