Music Review: Decade, the boys in Bath in their backyard

The night had come. It was Friday 11th March at the end of a long UK tour for Decade and it was time for the hometown show. The scene was set and the excitement was building.

Wallflower and Big Spring opened up with some noisy, in your face Pop-Punk. It was clear the large crowd had gathered to see their local band however both supports impressed and inevitably gained quite a few new fans in the process.

The downstairs of Moles began to fill up and Decade came to the stage. It was not long until they blasted into new single ‘Turn off Your TV’ and another track from the new album, ‘Human Being’. It wasn’t long until , lead vocalist, Alex had a chat with the crowd, telling them that he “lived round the corner”, even pointing in which direction he meant. This further emphasised the nature of the show – a celebration of everything Decade have achieved rather than just another gig.

It was time for the fan favourites from their debut album, Good Luck, and the crowd began to move. Alex regularly stood forward from the microphone whilst the audience belted back the lyrics. Before long, Decade showed off how they have developed as a band however they were still proud to demonstrate their origins; they played ‘Brain Freeze’, a song for “the people that wish we were still a Pop-Punk band”. A pit opened up, there was plenty of jumping and all of a sudden, it was like being back in the noughties (in a good way)!

The tempo was brought down before it came to the final few songs; ‘Brand New Again’, the 2017 single, formed the beginning of the grand finale before ‘Wasted’, “a song about getting f****d up” from the new album, ‘Pleasantries’, created another mosh in the middle of the packed floor. The final track of the night was Daisy May and as it turned out, there was someone with that exact name in the audience at the very front. Alex made sure to say that the song wasn’t about her yet she excitedly shouted “from one Bath girl to another” back. This summed up Saturday night at Moles; it was a get-together for people to celebrate what a local band had done for themselves in their own backyards. Decade have started well; who knows how high they will go?

Check out the full interview here. 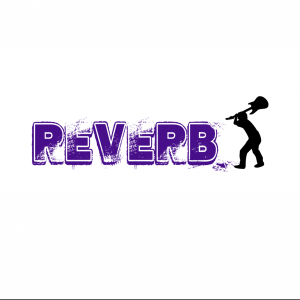