The summer of 2015 has been news-packed on the social and political scene, with the Greek crisis resulting in Tsipras’s resignation, Donald Trump and the 2016 presidential election republican debate and emergency talks on immigration. But while media outlets were steering the attention towards the West, it seems as though no one noticed the trouble faced by the Chinese economy, until the consequences reached western markets and investors. 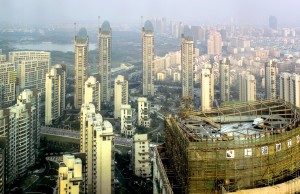 Mirroring the 1929 US financial blow, Chinese shares continue to lose value every day, thereby confirming that no single economy is immune from the severe fatalities of irresponsible financial behavior. Despite a long standing reputation of economic prowess, the world’s second largest global power is beginning to feel the wound, as the efforts from Beijing to stabilize the markets shed light on the true state of China’s Economy.

The People’s Bank of China cut interest rates thereby allowing banks to lend more easily, but the decision only led to a faster withdrawal of capital in China. In fact, excessive lending and spending are partially responsible for the 2008 financial crisis, which we have yet to recover from. Devaluating the yuan led foreign investors to worry about market competition, particularly from South East Asian emerging economies, whose currencies are also at risk. With little to no signs of prices stabilizing even after monetary easing, anxiety and suspicion now drive the investment community

The recent financial volatility also raises some political issues for China. Evidently, this case differs from past western economic crises due to the particular political dynamics of the country. In typical authoritarian fashion, the political elites exercise tight control on media outlets and there has been no mention of economic distress. Fearful that bad publicity will challenge its rule, the … party has blamed financial journalists for exaggerating the country’s financial troubles. But deeper structural flaws in the financial systems imply that measures should be taken by governments to ease the pressure for central banks, and with that comes the outcome-less discussion about government efficiency. Economic policy makers have lost credibility due to poor management of the economy, and systemic corruption in the markets is increasingly apparent.

Much like in 1929, and in 1987, and in 2008, stock market crashes pave the way for a necessary debate on financial reform during which ‘liberal’ ‘transparent’ and ‘open’ tend to be the general rhetoric. The Central Bank has already begun to adopt a more ‘open’ attitude regarding China’s market by liberalizing capital movements, but the recent financial instability has strengthened the opposition. Necessary market reforms will prove to be a challenge for the authoritarian regime, as the elites may have to choose between reinstating economic growth by freeing up the market, and maintain undivided control for the sake of the Party’s survival.

It’s been an important topic in academia for years. Emerging – or in China’s case re-emerging powers benefit from high and fast economic growth until they free themselves of the ‘developing country’ label. When economic growth inevitably stagnates, that country must be prepared to adapt its consumer attitude. Although turbulence in the Chinese stock market sent shockwaves in the western world, it should come as no surprise that China’s Economic sprint would end.

The People’s Republic of China prides itself on its Economic prowess, using its undeniably high growth rate as a weapon to justify its neo-authoritarian attitude, and threatening to dethrone the United States as one and only superpower. Without it, Beijing will have a hard time standing up to its Western competitors the next time its political regime is attacked. In a time when the Chinese elite should be more united than ever, there is division from within as the People’s Bank of China – who committed to allowing market forces greater control of the currency rate and capital flows, is now met with even greater skepticism since China’s flawed financial regulations have been exposed.

Are we born this way?