An Interview with: Rhodes

RHODES is a very busy man. As well as recently releasing his début album, ‘Wishes’, he has been out doing Radio 1 Live Lounge sessions, collaborating with folk princess, Birdy, and is currently on his biggest tour yet. bite had the chance to catch up with the flourishing singer before his show at Thekla in Bristol, to talk about song-writing, going solo and overcoming stage fright.

How do you think your performances have changed in the last two years since you started out?
I think with each show I’ve developed as a performer – I’ve not changed too much but I tend not to show my nerves as much. I’ve also got a band with me now, so performances are just a lot bigger than they used to be. There are still some soft moments, but it gets quite loud and big now, which is what I’ve always kind of envisaged. Whenever I was playing the songs, just me and the guitar, I could always imagine the sound that I wanted.

Your songs start off quite softly and then build up to the chorus, which of these do you start with when writing you songs?
It really varies in terms of structure, but it always starts with the music. I love improvising and in the album I improvised a lot. When recording it, I would plug the guitar in and just play along with some chords, wail around with the guitar for hours and then take bits that sounded good. I believe in capturing moments in time; I still find it that fascinating when you listen to a record, especially old ones, you can imagine someone actually making those sounds and playing them in a studio however many years ago. I normally become inspired by my surroundings and the sounds that I’m making, then I’ll hum melodies and the words will come. I’m always writing things down; if I come up with phrases or a nice subject then I’ll tend to write the songs around those.”

What are the most important elements to you when writing your music?
I think chord progressions are my thing; you start on a chord and then depending on whichever chord you go to next decides whether the song is going to be happy, sad, energetic, soft, hard, and I think that’s the most satisfying thing. I like little riff s and key changes, changing the dynamics within songs and making sure that it’s not predictable. Although I do think predictable is fine in places, definitely. Sometimes you don’t want to be too strange.

What would you say were the easiest and hardest songs on the record to write?
I think the song that came easiest was a song called ‘You and I’, which is my favourite to play now. It was the last song I wrote for the album. James, my producer, was mixing in the other room – I had a couple of hours and just went into the studio and started playing it. It’s very simple but a very dynamic song. I had recently met up with an old friend and that kind of inspired the story in the song. The hardest song was probably ‘Breathe’. I write a lot about being there for one another and relationships with friends and family. That song was kind of a message for a friend, just to say “you’re great”.

(Rhodes recently teamed up with folk singer, Birdy, to write and record the lamenting single “Let it All Go”.)
What was the song-writing process like with your collaboration with Birdy – who did what?
I had the music sorted and written before, and when we met up she already had some ideas to put in. It was really weird, we just sat at this piano in a room and I sort of went [hums a tune] – like that. She liked it and was like “what do you think of this” and just sort of went with it. Then we literally just started singing things that were quite similar. It is weird, I don’t usually write with other people. It was very strange for me to be in a room thinking, “right how does this work” and to just be sitting there humming things. She’s done a lot of writing with other people, so she’s a bit of a veteran with that. It took about an afternoon to write – we spent more time on it in the studio later, adding parts to it like strings and some more vocals, but it was a very organic process.

You mentioned you had been playing in bands before, why did you decide to break away as a solo artist?
I wasn’t really happy with what I was doing before, it wasn’t really going anywhere. It was a lot of fun and I was spending a lot of time just having fun with my best mates, but it became clear that I wasn’t really going anywhere. The hardest decision ever was to leave my friends. I did end up just distancing myself, which wasn’t the right thing to do, but it was the only real way I could make it very clear that I was moving on. Luckily I am still really close with them all.

How is it different performing without your friends behind you?
At first it was incredibly hard. The freedom is great, but also the pressure is intense. It’s just a crazy feeling being on stage and the second show I ever did was in front of 2,000 people, supporting Rufus Wainwright, so being thrown in the deep end was an understatement. I suppose it was good to have that in a way – it showed me that it wasn’t as terrifying as I thought it would be. So I knew from the very beginning that it was going to be okay.

You’ve talked about stage fright and anxiety before – do you have any tips for handling nerves?
Learning to believe in yourself and also not being afraid to talk to people about it and not being afraid to ask your friends, “hold my hand, come with me, will you stand at the front of the stage?” I’ve been very lucky in having some amazing people who were just so encouraging. Sometimes I would be ready to not even bother and they would help get me out of bed in the morning. It’s hard when you start to be nervous and doubt yourself. I’m a big worrier and as soon as that seed of doubt is planted in my head, that sends me under. So having people there, not to tell you you’re great the whole time and boost your ego, but just to be there for you, is so helpful.

Can you give me one scenario that you think is perfect for listening to the new album?
Sunset on an autumn evening, in a pub, with a fire and a nice drink of some description. I wrote this album wanting it to be listened to in autumn. So this is good timing! 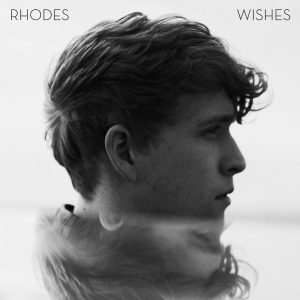 ‘Wishes’ is available to buy, download and stream – don’t wait till Autumn is completely over to get it.

From Freshers’ To Semester In The Blink Of An Eye

It’s Okay Not To Be Okay