It’s October, which means it’s Black History Month. This is an important time to reflect on the triumphs of black culture and political achievements, as well as remembering the discriminations and injustices black people have faced in the past and ensuring we remain aware of present-day inequalities. In this issue of bite, we have decided to highlight some important albums that mark significant moments in black history. You will have probably heard of the artists’ names and will recognise their famous singles – here are five albums that you should have listened to by now, if you haven’t already. 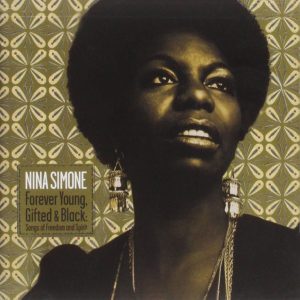 Nina Simone is one of the most recognisable names in music. Her distinctive voice and expert piano technique are legendary and it is fair to say that almost everyone who has ever listened to recorded music will be able to name at least one of her songs. Characteristic of most influential musicians, Simone did not have a simple or easy life. In her lifetime, she had to overcome issues of racial prejudice, mental health and domestic violence – her success did not come easily. Despite this, Simone managed to record and release over 40 albums over the course of her career. Choosing just one album to defi ne Nina Simone’s career would therefore be an almost impossible task. ‘Forever Young, Gifted and Black: Songs of Freedom and Spirit’ has been chosen as an album we think everyone should listen to, as the songs not only take you back to specific snap-shots from the past, but they also have sentiments that ring true in today’s society. This compilation album includes songs of sorrow, reflection and passion, including unedited and therefore raw and honest live performances. Nina Simone was famously active during the American Civil Rights movement; as well as attending and leading numerous rallies, she also penned and sang powerful protest songs and became a significant voice for the movement. This album includes some of the most important narrations of the struggles many African-Americans faced in the 60’s in their pursuit of racial equality. “Why? (The King of Love is Dead)” is a sincere expression of hopelessness after the assignation of Martin Luther King Jr. “We can’t afford any more losses, they’re shooting us down one by one, don’t forget that” – words uttered by Simone in this live recording and a sentiment still felt strongly today in the midst of police brutality and institutional racism. “Mississippi Goddam” was written in protest after two significant acts of violence – the bombing of a church in Alabama in 1963, which killed four school girls and injured many more and the assassination of Civil Rights activist, Medgar Evers. “Forever Young, Gifted and Black: Songs of Freedom and Spirit” is not just a commentary of painfulness, however. Tracks like “To be Young, Gifted and Black” and “I Ain’t Got No – I Got Life” bring an elevating feel to the album. Finally, if you fail to have your spirit lifted by the end of “I Wish I Knew How it Would Feel to Be Free”, then you should probably book an appointment with your ENT doctor. 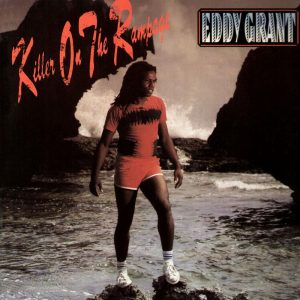 It is hard to talk about the music of black culture without mentioning reggae. It is safe to say that we all know who Bob Marley and the Wailers were, but there is one name that does not get mentioned nearly as often as it should. Eddy Grant, a Guyanese British musician, has been an extremely influential artist in the reggae genre. As well as mastering and combining many different styles of music, he had also been known to write songs about political unrest and racial tension. ‘Killer on the Rampage’, released in 1982, is an album where every song has the ability to excite, move and shake the listener. Most recognisable is the track, ‘Electric Avenue’. The famous chorus is one that many will be able to sing along to from memory, but the message behind the lyrics is not as well-known. Written about a street in Brixton with the same name, ‘Electric Avenue’ references the 1981 Brixton riots. This dramatic uprising is largely believed to have been fuelled by unemployment and socio-economic disadvantage in the black community of South London and institutional racism of the Metropolitan Police. The song itself is almost upbeat in melody, making it accessible to any listener. However, lyrics like “Who is to blame in one country?/ Never can get to the one/Dealin’ in multiplication/ And they still can’t feed everyone” reveal the despondent sentiments felt by many at the time. Much of ‘Killer on the Rampage’ has subtle political messages behind the tracks. In an interview with the Telegraph, Grant states “I Don’t Wanna Dance can mean that you don’t want to go out on the dancefloor, or it could mean that you don’t want to go along with an idea. That’s how I try to write – you take it how you want, but I am basically a writer of protest.” There is really no disputing that Eddy Grant is one of the best. 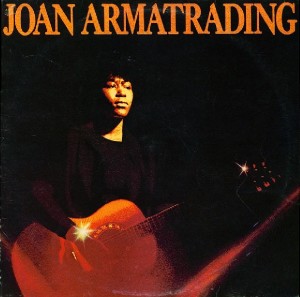 Argued to be not only the first black female singer/songwriter, but simply the first female singer/songwriter to reach true international success, Joan Armatrading is an important name to remember when reflecting on the successes of black musicians. With many accomplishments under her belt (3 Grammy nominations, the first female UK artist to be nominated in the Blues category for the Grammys, as well as being the first female British artist to debut at number 1 in The Billboards Blues charts), Armatrading has built up a fierce legacy in her four-decade career. Her self-titled album, also her third studio album, contains huge tracks such as ‘Join the Boys’, ‘Tall in the Saddle’ and ‘Love and Affection’, and displays Armatrading’s sheer scope of talent. Expect to love this album if you enjoy listening to Joni Mitchell

Alicia Keys: Songs in A Minor 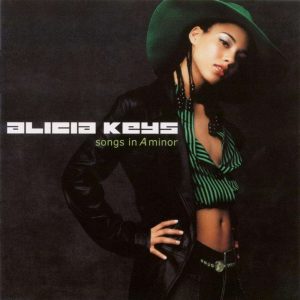 Alicia Keys is indisputably a household name. If you haven’t yet heard “Empire State of Mind” a thousand times, you have probably been living under a rock on a far-away planet. Almost a decade before the release of that song came Keys’ first hugely successful single, ‘Fallin’’. From her very first album, this song demonstrates her incredible vocal style and ability to apply her classical piano training to R&B. “Songs in A Minor” is an album everyone who considers themselves to be a fan of Alicia Keys and a lover of R&B and soul should listen to. It achieved huge commercial success, debuting at number 1 on The Billboard charts and selling over 6 million copies in the USA and 12 million copies internationally. It is refreshing to go back to Keys’ old songs, before the Jay- Z collaborations, Bond themes and pop successes, to remember how great music was in the early noughties.

Kendrick Lamar: To Pimp a Butterfly 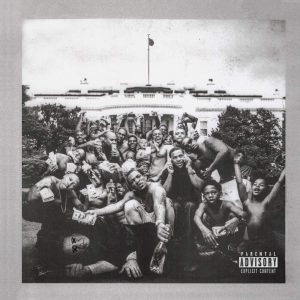 ‘To Pimp a Butterfly’ is arguably one of the most important albums of the decade. You will probably have already heard the hugely catchy “King Kunta” and “Alright”, but if you have not yet listened to the album in full from start to finish, do yourself a favour and put it on now. Lamar addresses the truth that racism and economic disparity is still alive and well in America and he does not hold back. Not a single song is one-dimensional; each requires a similar level of analysis as any poem we were forced to painfully deconstruct at school. The diff erence is you’ll actually enjoy thinking about these. It is certainly a rare thing to see an album so blatantly addressing racism achieve as much commercial success as this one did – maybe this came down to America finally being ready to hear the truth, maybe the proficiency of Lamar’s rapping is to thank. Either way, ‘To Pimp a Butterfly’ is an album that will be remembered and talked about for decades to come.