Is it time for Grexit?

At 7am local time this morning (GMT +2) over 20 million registered Greek voters were called upon to vote in the international bail out referendum, a vote which will ultimately decide the future of Greece in the Eurozone.

The Greek crisis made it to the top of the European Union’s priority list when Tsipras and his radical leftist party announced last week that the country would not repay its 1.6 billion € loan to the IMF.

Since then, external creditors have conditioned any further financial rescue with strict economic reform. The ECB, IMF and European Commission steered negotiations towards the obvious ‘increase taxes, cut welfare spending’ approach to insure that Greece meets its debt obligations in the future.

However due to Tsipras’s bold move on the referendum, the decision is left to Greek civilians, whose opinions are influenced by empty banks and an economy that took a 25% dive due to previous austerity measures.

Results are expected at 7 pm local time, and while many await for the final hour of this economic debacle, one begins to wonder what would be the costs if ‘Grexit’ became a reality.

The most obvious answer is a number, a very big number. Hundreds of billions of euros in debt guarantees to begin with, major losses for European banks and private creditors, but also a member-state-funded emergency loan scheme that would affect all European countries, including non-euro ones like the UK.

Since German and French banks own most of the Greek debt, the economic risk this debt represents relies on European taxpayers. Keeping Greece in the Eurozone maintains the possibility of debt repayment for other member states, although opinions are split over whether that is a realistic future of just another pipe dream.

Upon leaving the Eurozone, Greece could also set the scene for investors to increase their charge rate for weaker Eurozone economy, as the risk of their potential euro exit heightens. In turn, the euro’s sustainability and status as an international currency could crumble.

Although repaid loans are reason enough, the real motive behind such a high ‘yes’ vote lobbying amongst the EU is unsurprisingly political and not economic.

In the on-going game of power politics in the European arena, the rise of radical parties who revoke the benefits of the Union’s economic strategies are threatening the integrity and legitimacy of its institutions.

Advocates of the EU and all its stands for fear a possible domino effect that would see other debt crisis infected countries being phased out of the EU if anti-Europe parties were to gain momentum from Grexit. 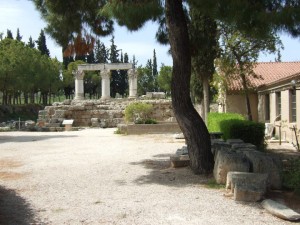 For people like German Chancellor Angela Merkel and European Commission President Jean-Claude Junker – who effectively run the debate, a people’s choice to keep Greece within the European sphere would humiliate Tsipras and act as a warning for other threatening political parties

As if misbehaving political parties wasn’t enough, trouble is also on the eastern front. The European Union is concerned that post referendum, Greece will turn north East and seek comfort in a Russian embrace.

As hostility levels continue to rise between Russia and the West, the possibility that Greece will prosper outside the Eurozone and in the Russian sphere of influence fuels euro-scepticism in other member states, like Spain and Italy. It also confirms the daunting thought that the golden days of the European Economic Community are long gone in light of emerging – or re emerging in most cases, powers.

As a new regional ally to Russia, Greece would stand as an important representation of the EU’s failures as a historical political entity that thrives on economic partnerships and stands tall when facing financial disruptions.

From the other side, things are also far more tactical then they appear. Tsipras himself views his referendum as a strategic move to gain the upper hand in current negotiations, and questions the reality that a ‘no’ vote will terminate the country’s Eurozone membership. And with reason, refusing to accept the EU’s proposed bailout plan could hardly translate into an immediate and all-encompassing cut-off for Greece.

It would however lead many to acknowledge that the blame does not stand entirely Greek shoulders, but also on the pour judgement calls made by European creditors who simply should have know better, and perhaps finally lead to a constructive discussion over necessary economic reforms both for the institutions and the member states.

Bath students treated to ‘Let It Go’ rendition at graduation

Students’ Unions rally against the NUS over Coca-Cola boycott