Thursday began with so much hope. Milifandom was at record levels, the opinion polls predicted an anti-Tory majority and the Telegraph were branding Labour’s forthcoming sweep to power as a ‘constitutional coup’.

10pm struck and the lightening bolt of the exit poll jolted politicos around the country. It had to be wrong, nobody had predicted a party to get anywhere near 300 seats. Nuneaton was a slap to the face and by 3am it was clear – the exit poll wasn’t wrong.

Waking up the next morning could have been a bad dream; David Cameron sweeping into Buckingham palace as messr’s Clegg and Miliband tendered their resignation. By mid-morning the Tory majority was confirmed and the outpouring of lefty disgust began.

Facebook groups popped up arguing for a change in the electoral system, embryonic anti-Tory marches developed and the diatribes of frustrated losers began. “The Conservative’s are nothing but monsters intent on crushing the working classes”, “all the Tories are interested in as embedding their own wealth in the economic system”, “I wouldn’t piss on George Osborne if he was on fire”.

Let’s have a reality check for a moment. The left lost. David Cameron won a majority that was elected by the people. And branding all your Facebook friends “Tory scum” is going to leave you very short of social engagements in the near future.

David Cameron isn’t a shape shifting alien incapable of developing empathy intent on destroying the live’s of the working class whilst he does the macarena with George Osborne over the flattened rubble of Welsh mining towns. His economic policies may increase the wealth of the richest in society and reduce the economic conditions of those at the bottom. But this isn’t due to a party whose one aim is to screw the little guy.

The Conservatives are a neoliberal party who have some fundamental political beliefs. Following in the Hayekian tradition of economic thought they want to design a society with a small non-interfering state. Why? Well one, because they believe the market is the best and fairest allocator of wealth in society. Whilst the State may have good intentions it’s ineffective and unhelpful to interfere. Moreover the larger the State the more taxes we have to pay, and let’s be honest nobody likes having money taken off them for any reason. Promoting the free market and shrinking government interference cuts red tape allowing firms to grow and make more profit. Such profit will then trickle down to the rest of society with firms becoming able to employ more people. More employed workers are then able to gain their income from the private sector and not sponge off the state. The Utopian vision becomes a society of low government spending and low taxes with  wealth flowing from top to bottom of society through an enlarged growing private sector.

There’s a vision here. And that vision isn’t Iain Duncan-Smith throttling low income families whilst screaming “find a job” at them. We can find fault in neoliberal economics, for example there is a severe lack of evidence to support trickle down economics. We can say it’s unfair and that this system supports those who already have a large endowment of wealth and power. But I think it’s fundamentally wrong and lazy to argue that Conservatives are innately vindictive. I know some and they’re actually nice people.

So where does that leave the left? Well first we need to accept that people support this government and branding people who voted for the system as bastards will merely reinforce a system of negative political discourse. Hating the Tories hasn’t done much good in removing them from power. Emotionally barking hate at those who voted for them isn’t going to promote rational debate over the fundamental problems that beset our society. Can you be surprised that a Conservative voter decides not to listen to your neo-Marxist policies on inequality when you begin by describing Theresa May as Stalin incarnate?

I don’t particularly want to live in a country where we hate each other based on our support of parties that are marginally different in  their policies. If anything telling someone they’re an idiot or a horrible person on the basis of their vote will just push them further away. And it won’t just push them away politically you’ll probably begin to lose them as a friend in real life (IRL (remember that thing which happens away from the iPhone screen? ).

If we disagree with the system we need to challenge it through productive debate. Question the fundamental assumptions of Conservative ideology and suggest why your view may be different and fairer. But don’t just hate someone for the sake of it.

A lot of people will be unhappy that the Conservatives are in power, and a lot of that lays at our own failings. But let’s show a bit of dignity and respect the will of the electorate. Hating your friends isn’t going to reignite the psuedo-sexual cult of Milifandom, bring down the Tory government or make you any friends. So let’s all on both sides just grow up a bit, OK?!? 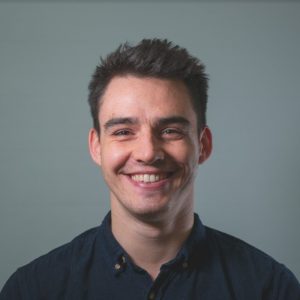