The European Anti-Poverty Network (EAPN), a coalition of NGOs, European organisations and grass root groups released a report last month about the increasing risk of exclusion and poverty in Spain. The figures showed that 27.3% of the population, about 12.8 million people, are in risk of poverty and social exclusion. This means 1.3 million more than in 2009.

Ironically, the European indicator AROPE (At Risk of Poverty and/or Exclusion) has found there to be a gradual decrease in poverty since 2008. However, this result can be explained by the return of migrants to their country of origin following the crisis combined with a statistical change in the indicator of the Spanish Statistical Office. The AROPE indicator encompasses three different poverty aspects: the relative poverty, material deprivation and unemployment. Material deprivation has touched a large part of the Spanish population, who found themselves even before the recession unable to feed themselves properly, to pay their bills, to heat their homes and to account for unexpected spending.

This alarming situation has had many negative implications for Spanish society, primarily affecting the youth, such as exclusion and poverty which have given way to a highly fragmented society. The Gini indicator, which measures social inequality, recorded an increase of 22.7% between 2009 and 2012. Furthermore, the wealthiest part of the population’s income has actually increased by 6%. The report also emphasised huge economic disparity between northern and southern Spain. Regions such as the Basque Country and Navarra, which invested more in social policies before the recession, have been less touched by the economic deflation than South located communities, such as Andalucía or The Canary Islands.

Overall poverty throughout Spain, however, has been a result of the global recession which has in turn led to a reduction of social policy investment and exceptionally high unemployment. It is important, however, to acknowledge that unemployment is not the main reason for poverty in Spain. As shown by the figures, 11.7% of the people in poverty were employed. This can be explained as well by the rising number of part-time jobs. The European Anti-Poverty Network (EAPN) warns against the demission of the middle class and demands for the implementation of more social policies that favour this population sector.

Furthermore, social discontent has translated to politics, where the left-wing political party PODEMOS is seriously challenging the established two-party system and the dominant economic elite. The outcome of the 2015 election will highly depend on the socioeconomic situation in Spain and the last European Anti-Poverty Network (EAPN) report shows that the cautious economic recovery of Spain is not working in reducing poverty effectively. 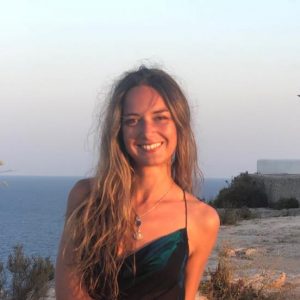