“You will be treated like a virus, and we are the cure. We do not forgive, we do not forget. Expect us” was the eerie and enigmatic message ‘hacktivist’ group ‘Anonymous’ gave to jihadist rebel organisation, ISIS. In a video released by Anonymous, a Guy-Fawke-style masked figure vowed to ‘hunt’ ISIS stating that there was ‘no safe place’ for them.

This ominous warning was supported by an online message from Anonymous entitled ‘#OpISIS’ where they outlined plans which threatened to expose the extremist group’s affiliates. Furthermore, Anonymous gave the full URLs of 12 Facebook users and listed nearly 100 Twitter handles of people they suspect of being associated with the ISIS group with the promise of “more to come”.

The bold threat Anonymous has made to one of the most infamous and feared organisations on the planet shows just how far the haktivist group has come from its early beginnings. The group was founded in 2003 and comprised of a group of teenaged hackers, anonymously posting pornographic images onto the imageboard website ‘4chan’. The group later moved on from their trivial online antics and evolved into an anti-establishment, anarchist collective, targeting the websites and seeking to undermine the credibility of various governments, religious groups and corporations.

A number of worldwide organisations have fallen prey to the cyber-warfare tactics adopted by Anonymous. In November 2012, the group targeted Israeli government websites and even managed to hack into the Israeli central bank’s website homepage, briefly shutting it down before the Israelis were able to respond. In November 2014, the group responded to taunts and threats from the Ku Klux Klan and declared a cyber-war known as ‘#OpKKK’. Anonymous successfully took over the group’s Twitter accounts following the shooting of the unarmed 18-year-old, African-American Michael Brown by US police forces. Following the Charlie Hebdo shootings in January 2015, in which eight journalists were killed by ISIS fanatics, Anonymous has vowed to avenge their deaths by attacking the jihadist’s website and revealing incriminating evidence about the associates and members of the infamous ISIS terror group.

ISIS, like Anonymous, is well known for its cyber-warfare tactics and has used social media as an effective propaganda outlet. In 2014, they became infamous after posting grotesque homemade videos online which showed the animalistic beheading of several British and American civilians in orange jumpsuits in the middle of the desert. In January 2015, hackers claiming to represent ISIS hacked into the US Central Command’s YouTube and Twitter accounts for over half an hour in which they posted the private information of retired US Army generals, information that could have proven extremely dangerous for those whose details were released. Furthermore, ISIS claimed to have hacked the computers and mobile phones of the US military forces. Confidential US military files purporting aerial images of North Korea were also leaked onto Twitter, embarrassing the incumbent President Barack Obama, who had just given a speech on the US’ tight cyber security earlier that very day. Perhaps the most menacing act the ISIS hackers permitted was posting a photo, claiming to show the insides of a US military base accompanied with the caption “ISIS is already here, we are in you PCs, in each military base”. Anonymous may now be the only option in this new type of warfare that is arising, that of cyber-warfare.

Whilst cyber tactics have been used extensively by both sides of the terrorism battle, it seems to be a very limited form of warfare. At times, cyber terrorism has become more of a nuisance than an actual threat, seeking to embarrass the vast political institutions who have merely been fooled by, more often than not, a teenaged individual, sitting comfortably at their laptop in their bedroom. However, by moving the war on terror into an online, virtual environment, it has become more open and accessible to anyone that wishes to take part. People become much more involved in the debates and disputes between the belligerents and begin to feel like they are playing an active role in the war on terror, a phenomenon which has contemptuously been dubbed as ‘clicktivism’. As the old maxim goes, ‘knowledge is power’ and when that power is available for everyone to take, it becomes clear that there are plenty of players in this new form of warfare. 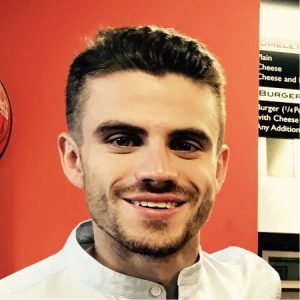