Successful Semester of Sport at Bath

With Christmas and exams done and dusted, and semester two now in full swing, it’s a great time to look back at some of the best bits from last semester.

BUCS. 2014 was another fantastic year of sport, and BUCS was no exception to this. At the start of the Christmas break, Bath sat in 5th place in the BUCS table 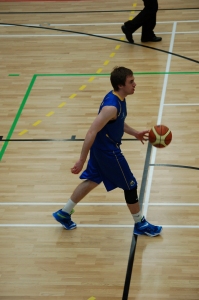 , just behind our South-West rivals Exeter. With clubs back in action in 2015, the final league fixtures of the season lie ahead alongside the assorted cup matches so this semester promises to be another bumper one for sport with lots of interest in how our clubs will fare. #wearebath #blueandgold

Last semester also saw the University start work on the Activation Fund project .There was plenty of consultation as to what you all want to see and lots of Student Activators have been already been recruited to organise and lead the recreational program too. If you are interested in getting involved, why not pop into the SU Sport Office to find out how you can support the program? The first pop-up sessions were held in Norwood and Polden Court common rooms, with plenty more scheduled throughout this semester. There is even a Cycle Cinema on the cards!

Following the success of last year’s inaugural Disability Sport Day, the University held another back in November. Working with the Youth Sport Trust and Inclusive Futures, there was a diverse timetable of inclusive sport events planned for the day and it was fantastic to see so many members of local community groups descend on the STV to get involved. Make sure you keep an eye out for details of this semester’s event in upcoming editions of bathimpact.

First semester also saw the University Kit Tender process. Over the summer SU Sport went out to tender for a fut ure kit supplier and in November distributed samples to students from clubs across campus. Their feedback was invaluable and really informed the final decision, with the successful kit supplier to be announced very soon.

Campus has seen lots of change this year, and sport is no different, with a few really important Facility Developments coming along nicely.

The 50m Swimming Pool refurbishment is on schedule for completion in April, with the legacy pool from London 2012 now being installed. As part of the work, there will now be free lockers in the changing rooms and then more will be introduced in the gym changing rooms over the summer. In the meantime, watch this space for more progress as we work towards securing a 3G Pitch.

There are loads of events coming up this semester, so throw yourself into the mix. Get involved, try something new and you’ll have a great time doing it.

Michael Powell is the former Sport Editor at bathimpact (2014/15). He covers a variety of University of Bath and TeamBath events, as well as local Bath politics.

Why do we spay plort?