Argued to be one of the most horrific American war crimes to date, the incineration and radiation poisoning of over 350,000 civilians in a losing and vulnerable Japan is the first (and hopefully last) example of intended nuclear destruction. Only six years after the attack, researchers at the National Engineering and Environmental Laboratory in Idaho powered four light bulbs using a nuclear reactor which could sustain itself while producing extra energy. This led to a revolution in nuclear power. This experimental breeder reactor was thought to symbolise a move from destruction to peaceful creation in the USA, but was also the beginning of a new conflict in energy politics.

Breeder nuclear reactors work by creating a fission chain reaction that generates usable energy and neutrons. Discovered by Otto Hahn in 1938, nuclear fission is the splitting of an atom’s nucleus into smaller nuclei, producing high energy neutrons in the process. Normally, a coolant would be used to slow down the speed of these neutrons so they perform fission optimally. However, breeder reactors take advantage of the high energy neutrons to produce plutonium, which can be used for further fuel production or, more worryingly, nuclear weapons. Due to the convenience of other options, this type of reactor has faded out of popularity since the 1960’s, but the pressing energy concerns of our industrialized world has bought this technology back into focus.

The discovery of nuclear fission sparked a massive effort from both sides in developing military applications, although historians now believe it was a predominantly one-sided effort as the Nazi government did not have the resources to create an equivalent atomic bomb. Hahn fiercely opposed the wartime research alongside Albert Einstein, and continued to do so post-WII. When the war ended, control over nuclear power research was taken from the USA military, and a powerful campaign involving propaganda and the Atomic Energy Act led to the research in Idaho and modern day, where nuclear power now provides nearly a quarter of all electricity in the USA.

Nuclear power owes its progress to the same research which led to the abhorrent mass murder of two cities. However the potential of it to solve our energy issues, and even prevent future international conflict, is huge. On this day 63 years ago, the first step was taken towards making peaceful nuclear technology a reality. 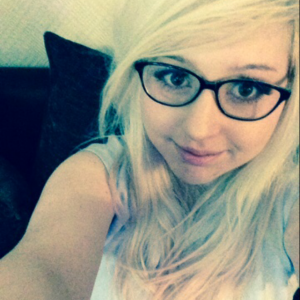