Two weeks ago, Prime Minister David Cameron announced at the G20 Summit in Australia that US-style “sobriety bracelets’’ would be introduced in England and Wales against people guilty of common assault, public order offences, and criminal damage under the effects of alcohol. The maximum imprisonment time for these people will be 120 days. He stated that “Alcohol-related crime causes misery for millions of people every year and costs our country billions of pounds. While overall crime has fallen under this government, we need to do more.”

However, this proposal is far from new in England, dating back to 2011 and it being tested already in some London, Cheshire and Northamptonshire areas. These bracelets, often tagged to the ankle, weigh around 5.8oz and are almost impossible to remove. They record people’s alcohol intake by measuring their air and sweat emissions from their skin every half-an-hour. When suspicious levels of alcohol are detected, the data will be automatically sent to a base monitoring station, and the police will eventually intervene. The system is currently used in different states across the US, such as South Dakota. A well-known celebrity to fall victim to such tags is “The Parent Trap” and “Mean Girls” star, Lindsay Lohan.

The reduction of alcohol-related crimes is absolutely necessary, as statistics reveal that up to 90% of night-time arrests by police in this country are alcohol-related, costing the taxpayer an estimated £20bn a year in England and Wales. The Commissioner of Police of the Metropolis, Bernard Hogan-Howe, stated back in 2011 that “it is important for us to use technology and use these preventative measures around the two areas of alcohol and drug-related crime”.

In any case, it must be said that the 2014 London scheme is slightly different to the first project, which used to give people the choice of wearing a sobriety bracelet rather than going to prison. On the contrary, Cameron has now announced that the Conservative Party will give judges the power to use alcohol abstinence orders if they were to return to power in the next elections. In other words, alcohol and drug abuse offenders would no longer be able to refuse to wear the bracelet.

On the one hand, people supporting the use of the sobriety bracelet that forces offenders to not consume alcohol for a long period of time will probably have positive, long-lasting effects on the wearer. Furthermore, the reduction of offenders going to jail will in turn cost the taxpayer less.

On the other hand, many regard the sobriety bracelets as a bad thing. Among them is Chief Executive of Alcohol Concern, Eric Appleby, who labelled it “a populist measure’’, as well as “a punitive measure”. In his opinion, it is unrealistic to rehabilitate such offenders through use of the sobriety bracelet and expecting them to change their habits in four months’ time is unreasonable. Appleby, amongst others, believes that, once the offenders’ penalties come to an end, the criminals will easily start drinking again.

It has been pointed out, however, that the use of such bracelets would only be by people who are not dependent on alcohol, but who were drunk at the moment of the criminal act. Furthermore, the measure is expected to be a success after witnessing some of the positive American statistics. In Wayne County, Michigan, among the first 975 people fitted with the bracelets, 84% did not go near any alcohol. Of those who did, only 2% did it three times or more. The Wayne County scheme resulted therefore in huge cost savings: while monitoring the bracelets only costs $8 a day, an entire day spent in jail can cost up to $70.

This potential law has its pros and cons, like many do. Whether such a measure will effectively reduce alcohol-related crime is to be determined in the coming years. 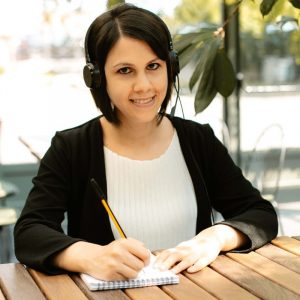 Professor Science: could there be any truth behind Noah’s Ark?

The EU a failure over Ukraine crisis